How to Reheat French Toast? Guide and Recipe

If you are making a french toast at home, it might get a bit tiring to make the dough every time. So what you can do is make an entire loaf of french toast and reheat it at the time of eating.

Yes, you can easily reheat french toast. There are quite a few options to reheat, such as an oven, toaster, or microwave. They all give different results, so keep reading to know which one offers the best result and how you can reheat french toast to get the best taste! 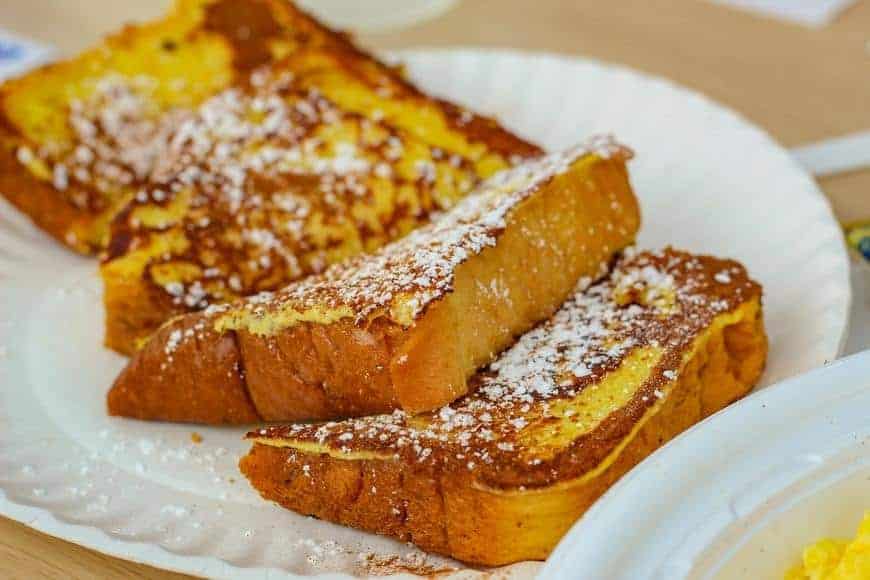 Making french toast is relatively easy. It needs just four ingredients- eggs, milk, butter, and bread. The original and earliest French toast recipe requires it to remove the crust of white bread before cutting it into large pieces. Then these pieces of bread are soaked into beaten egg and milk.

These milk and egg-soaked bread pieces are then fried into oil and drizzled with honey before serving. Today’s version of french toast has not changed much from this original recipe.

It is almost the same, but sometimes vanilla extract and cinnamon powder are added to the milk or egg batter to enhance flavor. In specific recipes, a pinch of salt is added as well.

This delicious breakfast dish is mainly served with side dishes, and some of the best options which go well with french toast are- sausages, bacon, scrambled eggs, berries, peaches, peanut butter, etc.

The best way to enjoy french toast is having it served hot. Cold french toast gets hard and chewy. Therefore, let’s move ahead and learn ways of reheating french toast the right way.

How to reheat French toast? 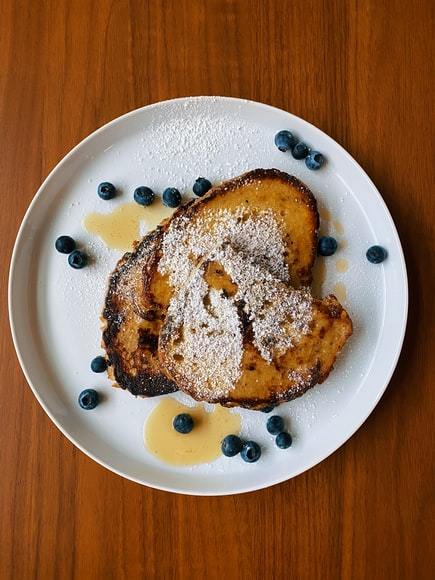 Here are some of the ways to reheat french toast:

The oven is one of the frequently used options to reheat french toast. It is convenient, and you can reheat large quantities in one go. These are the steps of reheating french toast in the oven-

The oven keeps the toast moist on the inside and crisp on the outside and gives them the perfect taste. The sole drawback of using an oven is that you have to preheat it and wait before reheating the toasts.

While heating the french toast in the toaster, make sure to heat them in low flame; otherwise, they would get burnt. Also, you should clean the tray immediately after heating the toaster as the residues of sugar can create smoke when the toaster is used again.

The toaster oven gives the best crispy french toast when you use them for reheating, but you’ve to be extremely careful about the time. Leaving them even a minute longer will burn the french toast.

If your french toasts are slightly soggy, using the stovetop would give the best results, and you can again make them crispy. However, you should be careful while heating the toast because it will burn the toast if the toaster gets too hot.

Microwave heating requires no preheating; hence it is a quick way to reheat it. However, don’t skip using the damp towel as it prevents the french toasts from drying out.

How to freeze French toasts

If you like having french toast frequently, either as a breakfast meal or as a dessert, there are ways you can store them for later consumption. For example, you can prepare them in bulk and keep them in the freezer to use for the next couple of days.

Finally, cover the whole tray with heavy-duty aluminum foil to keep it intact in the freezer. The toasts can be kept in a heavy-duty zipper bag and sealed tightly to keep them in good condition.

While storing the french toast, you need to ensure that the storage container, zipper bag, or aluminum foil are closed tightly. It would be best if you did not leave the scope for any moisture to enter the container.

Also, the french toasts should be kept protected from entering any odor from other foods in the freezer. You can store these french toasts for up to one or two months for best taste.

There is another way of storing french toast. In this method, you don’t have to cook and keep them. In the second procedure, you only have to soak the bread in the batter and freeze it.

After soaking the bread into the batter, place them into a greased baking sheet and flash freeze for about forty-five minutes. Then transfer the toast into an airtight container or zipper bag. 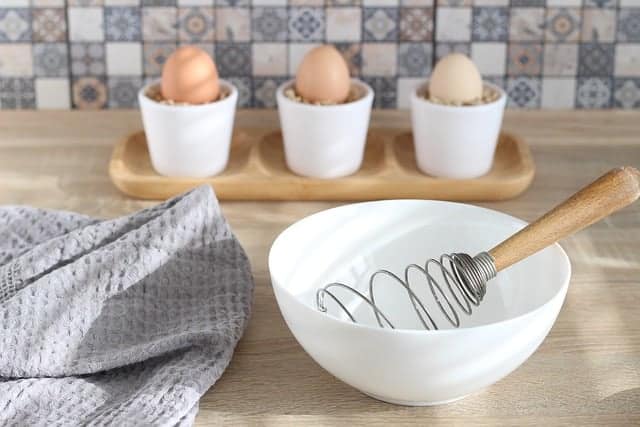 Now that you’ve got the idea about reheating french toast and freezing them, it is time to check out the recipe. Don’t worry; you don’t have to rush to your favorite breakfast place every time you want to have some.

Making french toast in the home is easy. You need some essential ingredients which are almost always available in your house. So without much ado, let’s dive in and check out the recipe of this delicious snack/meal:

As said in the freezing section, you can prepare the batter a day prior and keep them in the refrigerator. Then, it’ll be quick and easy to make!

French toast is very popular as a quick and delicious recipe. People love to have it either on an everyday basis or as a dessert, sometimes to satisfy their sweet cravings. Now that you know that french toast can be reheated and kept in the freezer for later consumption make as many as you like!