How Much does a Cup of Lard Weigh? Facts and Recipe

Lard is 100% animal fat and is healthy. It is ideal for frying and baking because of its high smoke point. Lard has a neutral-flavor with no foreign fragrance. A cup of lard used in cooking definitely has its benefits. Yet, for some reason, you will use one of its substitutes. In that case, you want to know - 'how much does a cup of lard weigh?', so you could use a proper quantity of the substitute for your cooking.

Lard is white semi-soft fat that is located in the fattiest portion of the pig. After the dawn of vegetable shortening, people started neglecting lard and started using hydrogenated oil.

However, as the researchers researched that vegetable shortening is harmful to health as it contains trans fat, everyone is again moving back to the traditional option.

Lard has no trans fat, which increases the risk of cardiac arrest and other heart-related issues. With high melting point and smoke point, it has several other benefits.

So, before measuring a cup of lard and using it for cooking, we should understand its constituents and discuss other benefits.

How much does a cup of lard weigh? Lard Structure and Types

Adjusting the right amount when using substitutes of lard is reasonably necessary to get the recipe right.

The adjustment can be tricky, so we have given several measurements in this article to help you out in getting the correct fat percentage out of other substitutes.

Other than that, you will get to know about different lard types and the procedure to make lard at your home.

However, before diving into these aspects, let us start by understanding the lard's fundamental constituents and the benefits of using it over the other fats available in the market.

What does lard contain? 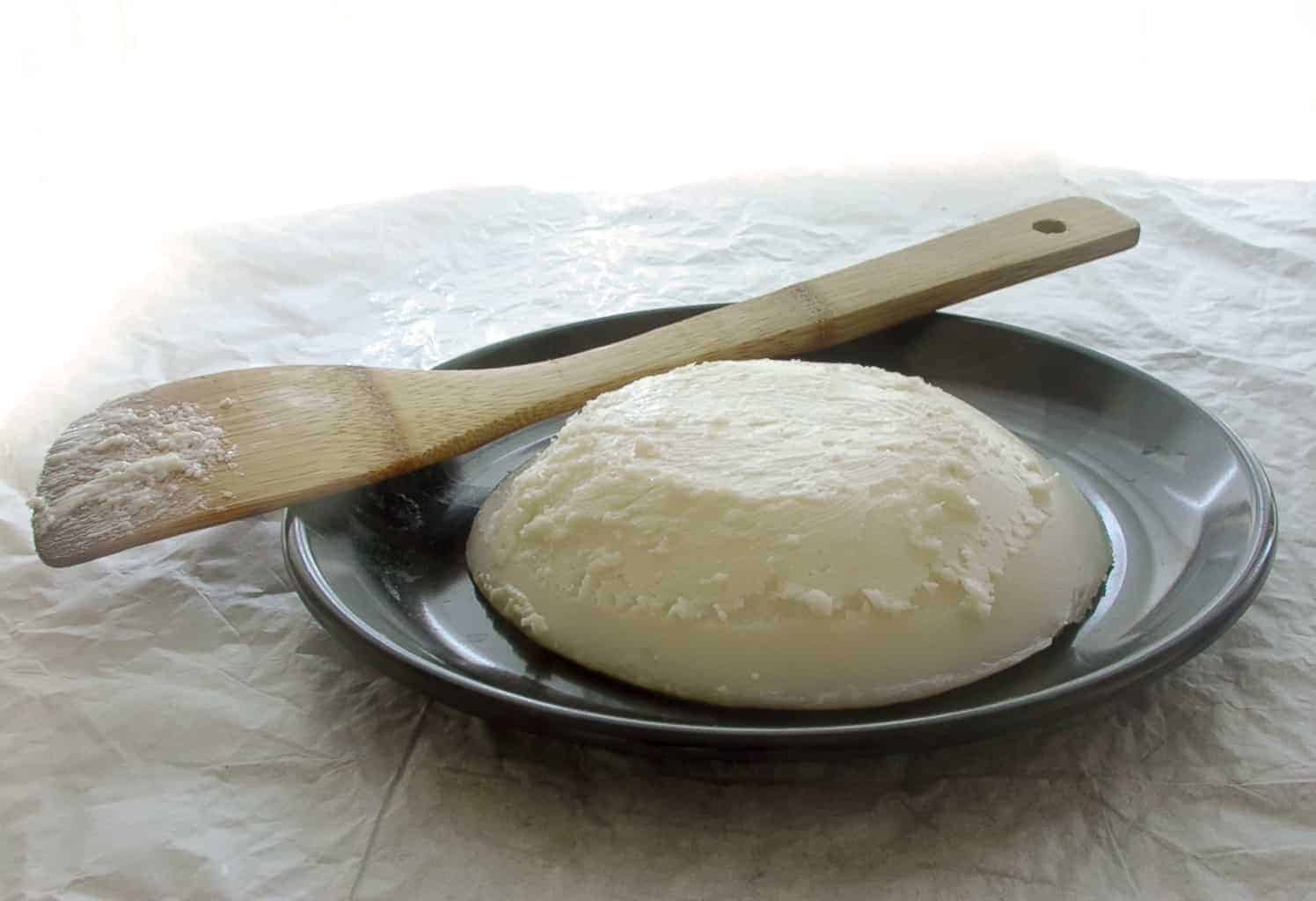 Being made of 100% pork fat, lard is processed from a pig by the rendering process.

Parts like the shoulder, butt, and stomach contain the highest percentage of lard and are used in the rendering process to separate fat from them.

During rendering, the pig meat is slowly cooked to separate the fat from the tissue. Once the fat is melted and turned into liquid form, it is separated and condensed to form the lard.

After separation, you get an opaque white material that will stay solid under room temperature and turn into liquid on heating. Depending on the lard's purity, it will turn to liquid form within the temperature range of 95 to 113 degrees Fahrenheit.

There are two different types of lard. Both types have various benefits while cooking and are made from different parts of pork. Lard types are:

So, now the question arises whether lard is healthy for you or not? Let us dive into the benefits of the substance...

What makes a cup of lard a healthy option for cooking? 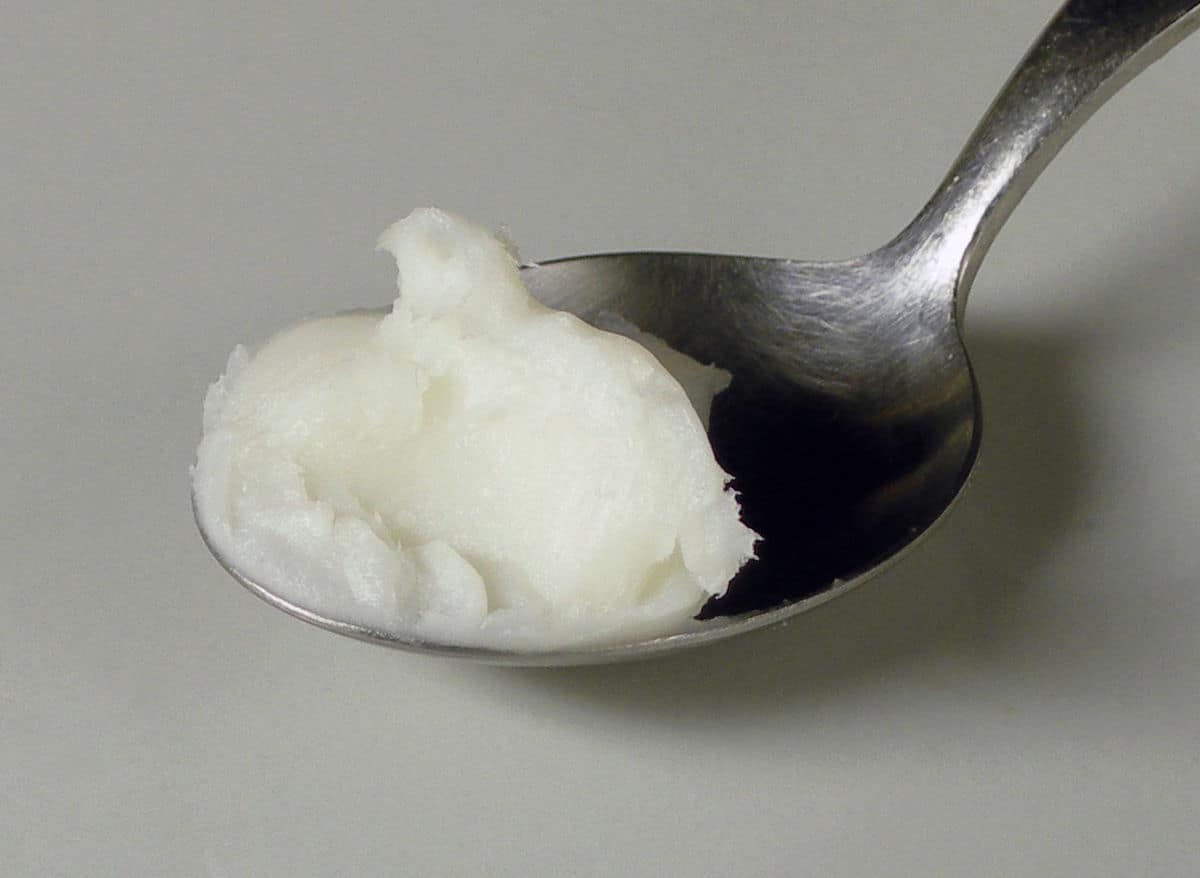 Consuming poly-saturated fats or trans fat is dangerous for health as it elevated the risk of cancer and other health issues. Are you getting a little overwhelmed about the fact?

Don’t worry. We will discuss the science behind the fact in simple language.

For checking the stability of the fat substance, you have to understand the chemistry of the essence.

Saturated fats have long chains of carbon molecules that have a single bond in them. They are relatively stable as it is tough to break single bonds with heat.

When these double bonds break, free radicals are created, which are very harmful to human health as they cause cell damage. The cell damage can lead to various cancers and other deadly health issues.

The higher percentage of saturated fats makes lard a stable substance for baking and cooking.

The mono-saturated part of the lard comprises oleic acid.

Moreover, lard has a higher smoke point and melting point.

A higher smoke point means that the substance will not oxidize quickly, so you can use it for frying to get healthy dishes. Also, the higher melting point makes it an optimum choice for baking.

Lard has a neutral flavor, meaning the dishes cooked in lard will not contain any foreign fragrance or flavor. So, you can savor the authentic flavors of the dish.

There are various substitutes for lard available readily in the market. Stay tuned to understand the fundamental differences between them...

Lard vs. Butter vs. Shortening

With lard, you get a lower melting point than butter so that you can carry out better baking practices.

On top of that, lard consists of larger fat molecules, which leave large open spaces over melting and providing crispier layers while baking.

Lard is made of animal fat purely, while shortening is made from vegetable oil. Shortening has a better shelf life and is more affordable than large, but it has its downsides.

The fatty acids in shortening oxidize quickly and elevate the risk of cancer and heart diseases. On top of that, you will not get the same richness and texture compared to lard while baking.

Sometimes it will be difficult for you to get your hands on lard, so you should know how to use the substitutes instead of lard. Let us discuss everything in detail...

Finding the correct quantity for the substitutes

The best substitute for lard readily available in the market is butter.

While lard contains 100% fat, butter has approximately 80% of fat. So, you need to alter the quantity to get the right percentage of fat for your dish.

When substituting from one fat to another, you have to keep a keen eye on the quantity. For instance, when you are baking, you need the right amount of fat for flaky and crispy crusts.

For one cup of lard, you have to use 1¼ cup of butter.

However, you will not use one cup of lard for every recipe, so here are some other measurements to help you out.

When you don’t want to use butter for your recipe, you can opt for the next best substitute, shortening. Both have almost the same fat percentage, so you can use the same amount of shortening in the recipe instead of lard.

When it comes to baking, you should substitute lard with shortening rather than butter. Shortening has a higher smoke point than butter which will give you better results in baking. Moreover, it has less water content in it.

Other than shortening, there are other oil substitutes for lard. You can use olive oil, vegetable oil, and coconut oil to fulfill the purpose. Here are some measurements that will help you out while substituting lard with other oils.

It is unnecessary to look for substitutes when you are out of lard or if the original recipe calls for it specifically. You can create lard yourself in your home kitchen. Let us go through the process in detail...

How to make lard in your home kitchen?

Here’s a word of advice before stepping into the actual process of making lard.

Always use low heat while rendering lard at your home.

Even the medium heat setting will burn the fat, and you will not get the neutral flavor of the traditional lard.

If you notice that the lard’s color has changed to light grey or rust, you can say that you have burnt it a little. But no worries. You can still consume it, but you will get a smoky flavor in your dishes.

So, keeping the piece of advice in mind, let us dive into the process of rendering lard at home. First, let us check the ingredients that are required to render lard.

Wrapping Up of the Question - How much does a cup of lard weigh?

If you are looking to get a flaky and crispy crust, you have to opt for lard while cooking. It is healthy and does not add any foreign flavor and fragrance to the dish.

We have explained all the scientific facts to understand that lard is a healthier option than vegetable oil.

However, if you wish to use other substitutes, we have offered different measurements to adjust the fat percentage to the right extent.

If you wish to make your own lard at your home, you can follow the procedure mentioned above and get ample fat yourself.

More posts for you: