Be it your favorite ‘love triangle’, pizza, or your love for pasta, paprika always adds that extra hint of color and spiciness. If for some reason you can’t have it here are 5 best substitutes to piping hot paprika to save a day.

Paprika is a spice that you probably cannot miss. It is a mellow ingredient that adds both sweet and hot tastes depending on the variety used. From infusing a rich flavor to adding a cool color to your dish, paprika is the key to palatable continental delicacies.

However, if you do not like the extra ‘hotness’ it adds to the dish, we will list some of the most popular options that you can use instead. But, let us take a quick look into the profile of paprika.

Do You Know A Bit About The Spice?

You will be surprised to know that there is sweet paprika and a smoked one too.

In its very basic form, Paprika, either in its powder or saucy form, is made by grinding pepper pods, mostly the sweet ones. This brings out its bright red color.

Then, both the color and flavor change depending on what is mixed together- red pepper, bell pepper, or chili pepper. The color varies from orange to red, while the taste increases from mild to bitter to hot.

Sweet Paprika: If not specified, it is primarily the one used in cooking. It adds vibrant color and sweet flavor. It is usually used in sauces and spice rubs.

Spicy Paprika: This is the Hungarian variety and undoubtedly the superior one. It is a key ingredient in traditional dishes like the Goulash and Paprikash, both of which are a type of stew. As the name suggests, it adds the ‘fiery factor’ to the dish.

Smoked Paprika: This is the Spanish variety that is made by grinding peppers that are previously smoked and dried in oaks fires. It is not as hot as the last one and still adds a sweet taste. So, it is widely used as a substitute for the original spice to adjust spiciness, keeping the flavor the same.

Apart from being a master spice, paprika is also known to have a few health benefits. With its antioxidant properties, it aids in reducing the risk of heart diseases and cancer and increases immunity.

Surprising but true, paprika, being rich in Vitamin E, helps heal wounds by aiding the production of red blood cells. It also helps to treat skin problems due to its antibacterial properties. 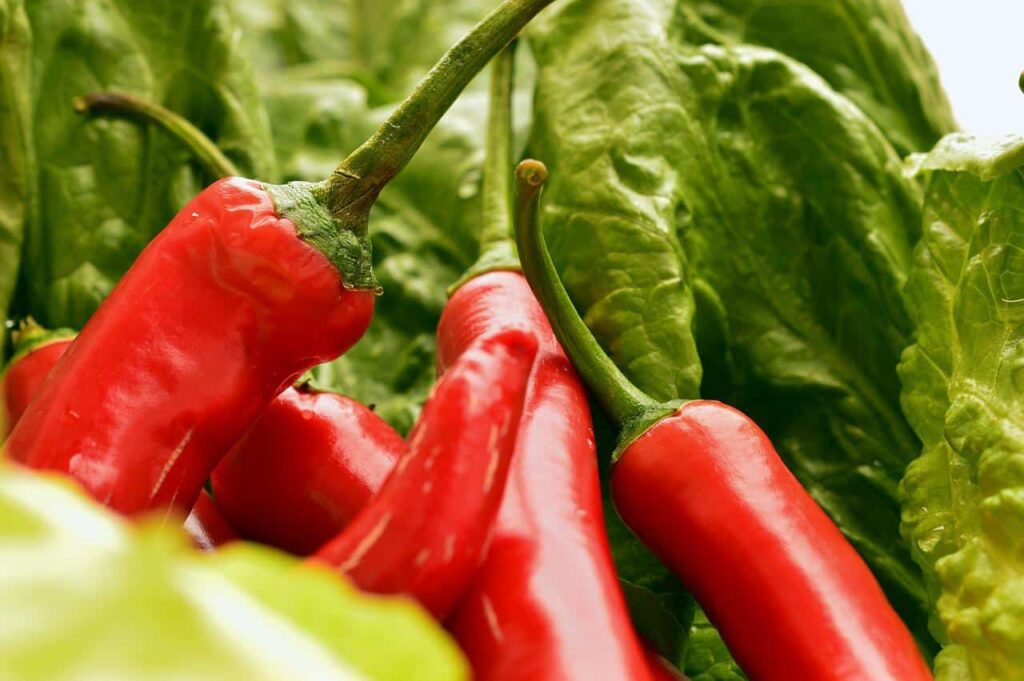 Why Do You Need To Substitute Paprika?

Paprika is known to have many health benefits, yet excessive consumption can lead to health hazards. Because of its spicy nature, it can cause heartburn, stomach flu, or inflammation.

People who don’t have a specific allergy to paprika might show signs of food intolerance like gas, cramps, or even diarrhea.

However, a study has stated that paprika is not carcinogenic and harmful to the liver if consumed in the right quantity. It can have some ill effects if you consume it on an empty stomach and on a regular basis.

What Are Some Substitutes To Paprika?

We will talk about the top 5 most popular substitutes of paprika that add a similar color and flavor to the dish. We will also help you with their characteristics so that you can choose among them. 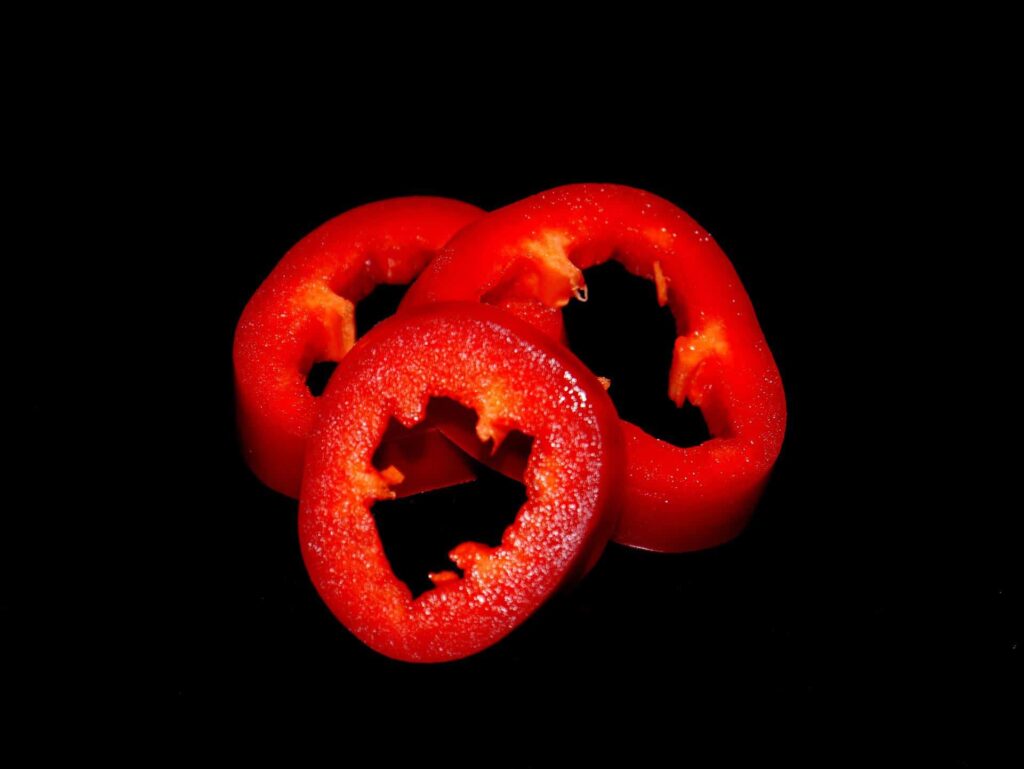 There could be a few more but these are by far the BEST SUBSTITUTES. You can also try out the Cajun spices, which are a classic blend of several spices. It adds many more flavors to your dish apart from just making it spicy. One teaspoon of cajun powder can suffice for one teaspoon of paprika.

The choice also depends on the type of dish and the main ingredient. For example, you need to understand whether the black peppercorn would match the base material or the type of meat.

However, there is no harm in experimenting a bit when you have a good replacement. 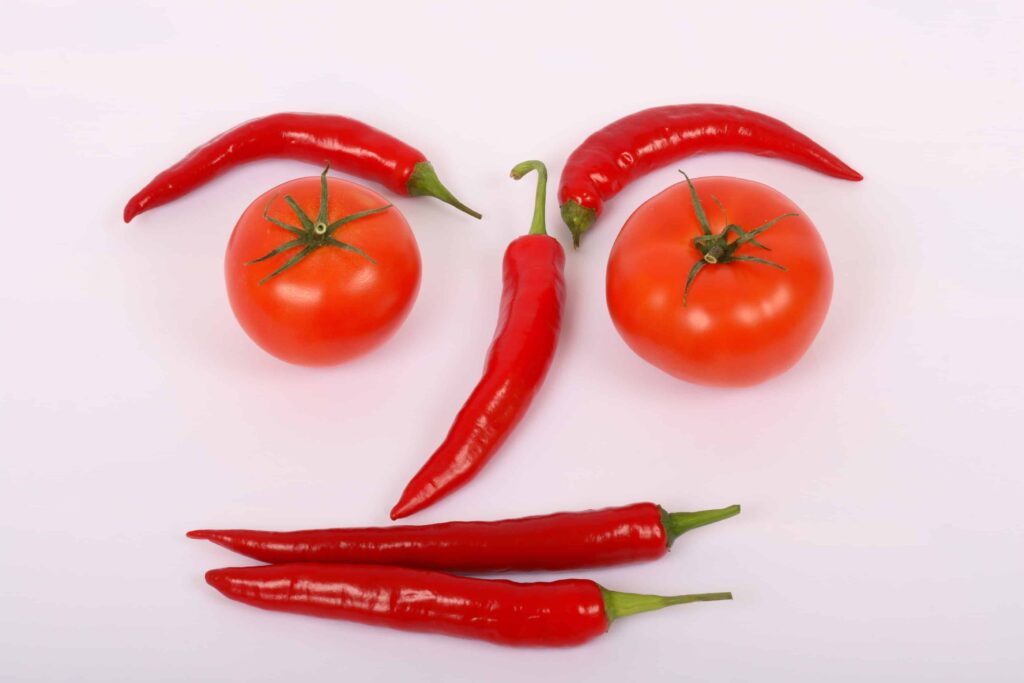 Which Indian spice can be used as a substitute to paprika?

You can use the sweet red pepper, dried and grind them into a fine powder. You can also use Kashmiri chili powder for its rich flavor and color.

What is the difference between paprika and chili powder?

Paprika, chili powder, and pimentón are almost similar and are meant for adding flavor and color to food. The difference lies in the type of chilies that are used for grinding and making the powder.

Is paprika a herb or a spice?

Paprika is a spice that originated in Hungary, and is known for its highest paprika production. The red and ripe flesh of Hungarian capsicum pepper is dried and ground into powder to make the paprika you use in cooking.

Can you replace paprika with ancho chili powder in your recipe?

Ancho chili powder is made from dried ground ancho chilies and can be used as a substitute for paprika in recipes. They are used in spice rubs and sauces as well.

If you are a foodie and love the flavors of continental food, then developing a taste for herbs and spices comes automatically. If you have no inhibitions to spicy flavors, pamper your taste buds with the authentic flavor of paprika.

However, if it is ‘too hot to handle‘, add any of its substitutes to satisfy your tingling tastebuds.

Which one of 5 best substitutes to piping hot paprika do you prefer?