What is Old-world Pepperoni? Info and Recipe

What comes to your mind first when you hear ‘pepperoni’? Yeah yeah, I can listen to your thoughts. Isn’t it a pepperoni pizza? Can’t we all agree that there is nobody who doesn’t like pizza? From house parties to movie nights, from cozy blanket dates to friends binge, everywhere the perfect suit stands for a pizza. And when it comes to choose or pick one, it is really a daunting task to decide one from a variety of options. And there, your all-time favorite appetizer might come in the form of a pepperoni pizza which brings us to the crux of the topic, old-world pepperoni.

Old-world pepperoni: what is it? 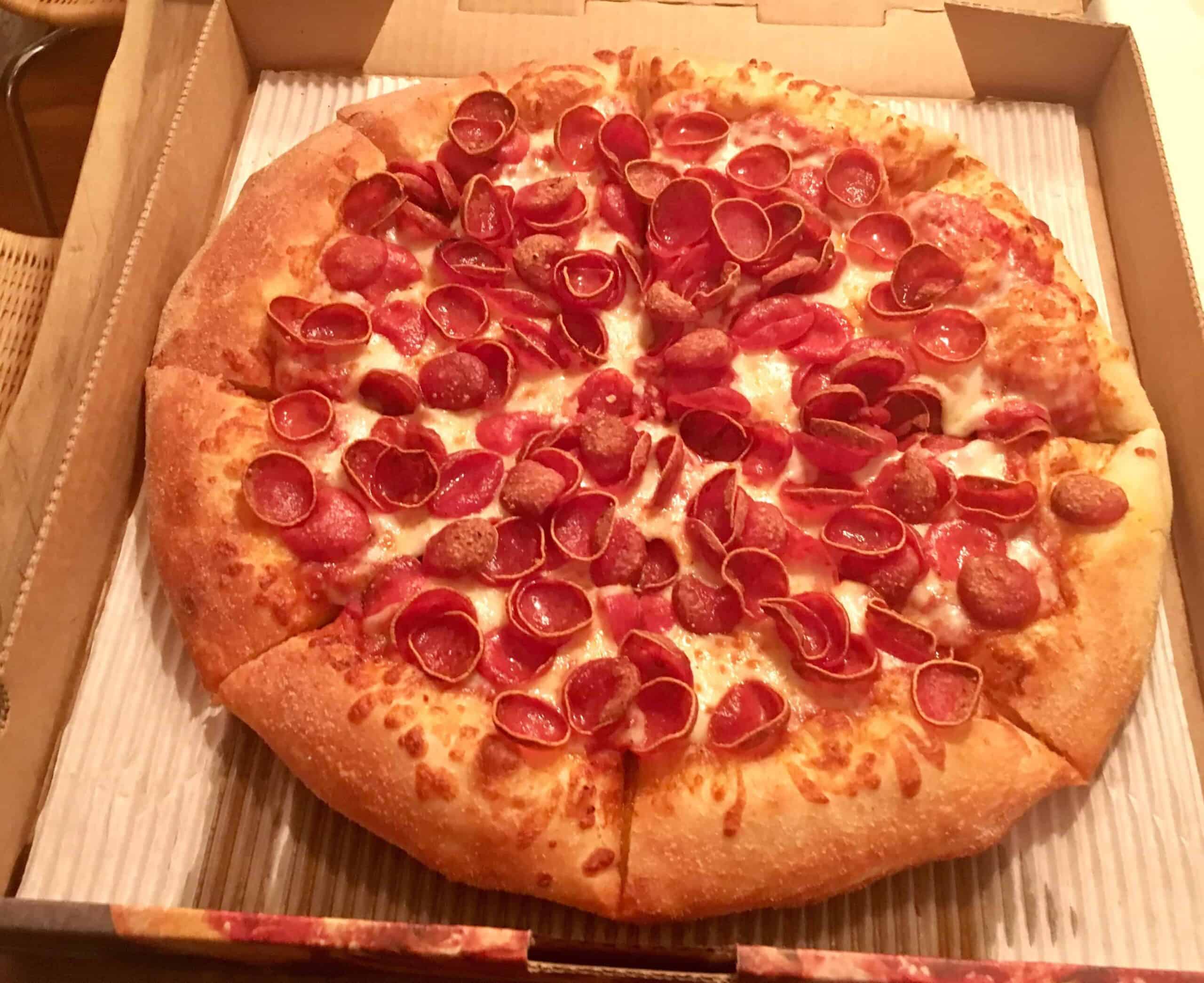 Old-world pepperoni is also known as sausage pepperoni. It is a kind of salami that is made from cured beef and pork. Although it is condemned that old-world pepperoni originated from America, many people believe that this has been derived from Italian salami.

Old-world pepperoni comes in dark red, maroon, or brown color. It usually curls up due to its natural casing. So, the edges become crispy. For the people who love spicy pizza, old-world pepperoni is the best option because it beats its competitor in the market, the American pepperoni, on the spice scale.

Interestingly, the name pepperoni comes from the Italian word ‘pepperoni.’ This means ‘Bell pepper’ in English. Etymologically the nomenclature probably indicates that old-world pepperoni was invented in Italy.

For that, you need to know the history a little more. In the Early 20th century, Italian migrants came to America and started pizzerias and butchers. In fact, you will be amazed to know that the first time ‘pepperoni’ was used in written form was in 1919, in New York.

So, that puts an end to all the battle over the origin of pepperoni. It is an authentic American creation.

The amalgamation of both cultures leads us to a mixed flavor of Italy and America. However, to bring some different flavors, the Italians changed the traditional pepperoni and brought subtle changes.

Instead of the natural casing, they started using artificial cases. Even the use of finely ground meat was also predominant.

How is pepperoni made? 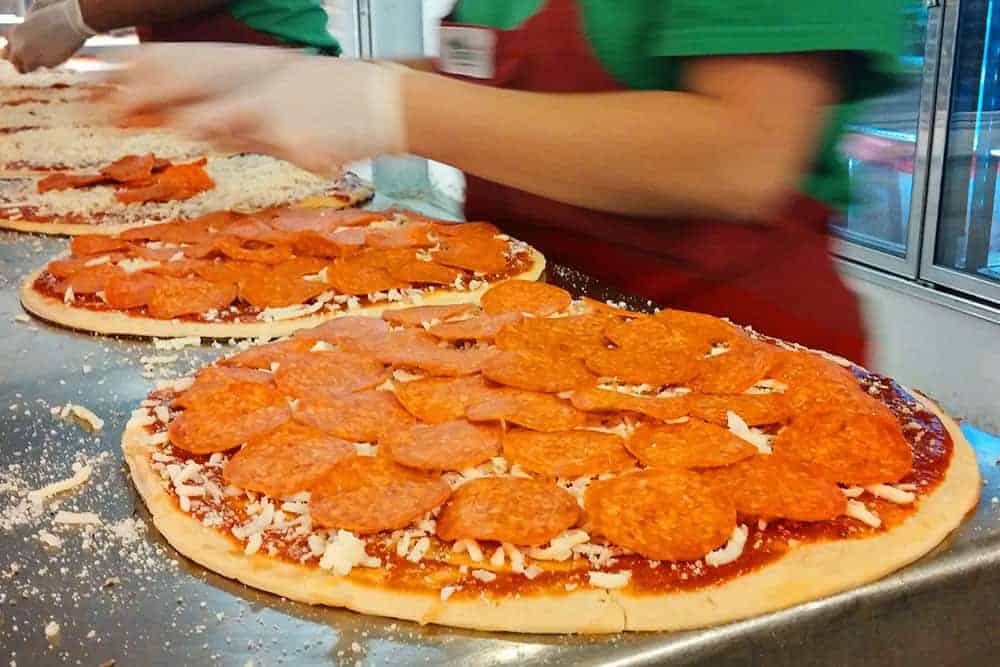 Now that you have gathered a firm knowledge about pepperonI and its differences from other similar items, it is time to know the process of how pepperoni is made.

Some manufacturers use sugar to bring more flavor and color to the sausages. Another thing to keep in mind is that the casing is a vital part of the sausages. To increase and enhance the smoked flavor, a casing should be good enough to absorb the smoke.

Why does old-world pepperoni curl up? 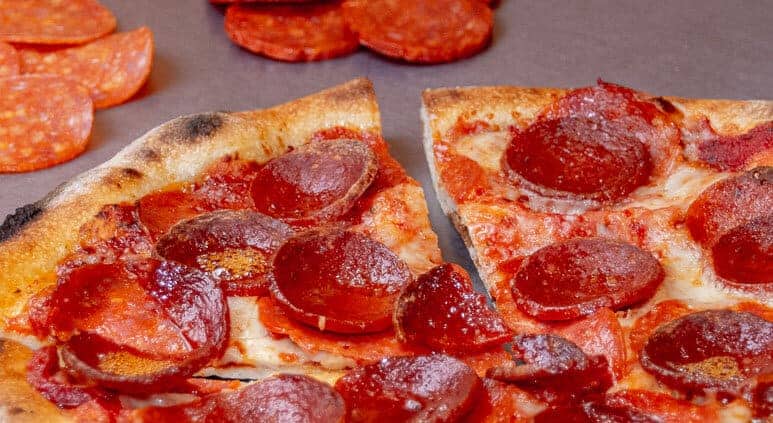 One characteristic of the old-world pepperoni that is predominant in identifying them is the curling in them while cooking. We all agree that we love pepperoni. But has this question ever crossed your mind? Why does it curl up like that?

If yes, then here is the answer. There are two predominant reasons for the old-world pepperoni to curl up.

I am sure every foodie out there loves to eat pepperoni pizza. But hey, have you ever indulged in thinking why and how the old word pepperoni is different from American pepperoni? Now, this is something that every foodie or pepperoni lover would like to know.

There should not be any comparison between them because they both taste different and unique. Hence, no comparison or winner trophy is there. But yes, Despite having so many similarities, they differ from each other on many points.

The American-style pepperoni sausage is relatively new, whereas the old-world pepperoni is a traditional choice amongst people. Although the good old pepperoni has been a classic choice of people worldwide, the American pepperoni has gathered many fan followings.

So, you might appreciate our youngster’s charisma. Despite having so many similarities, they differ from each other on many points. 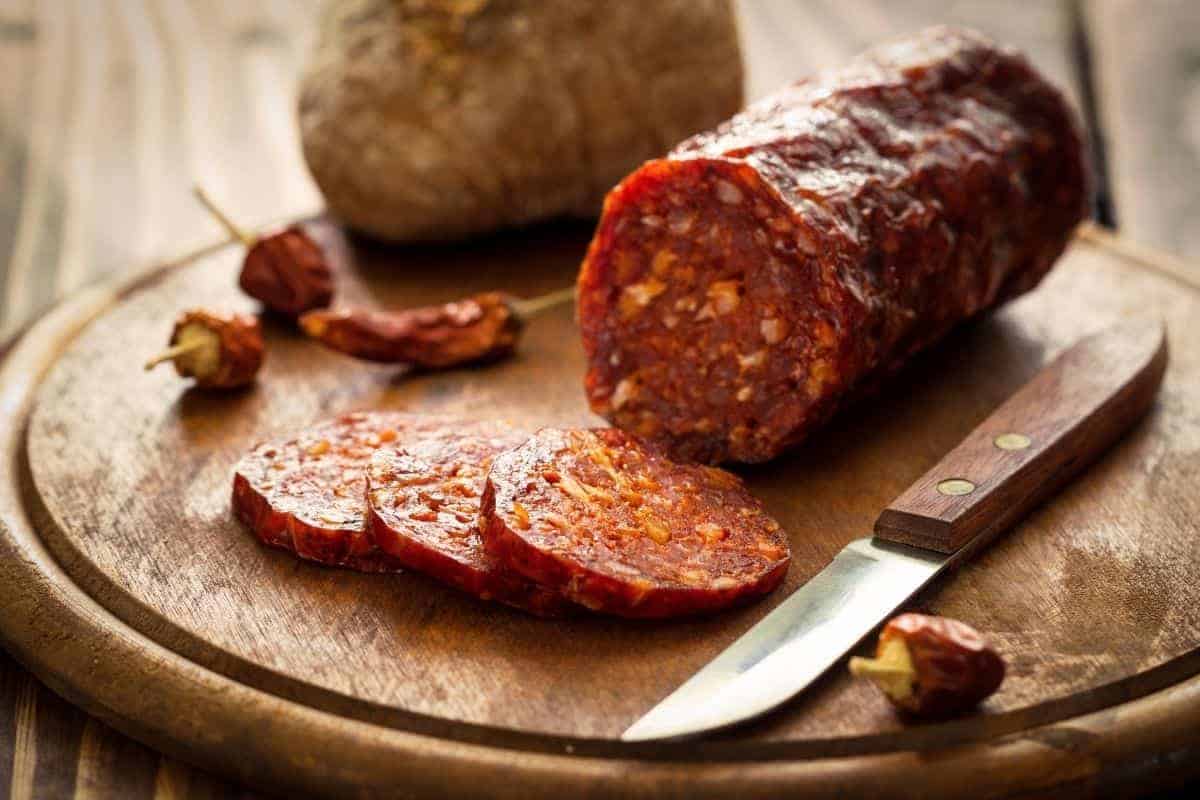 You might have guessed from the names what can be the differential point here. Yes, you guessed it right. The former uses only beef, whereas the latter seems to be made with pork.

The most famous dish that uses pepperoni is the classic pepperoni pizza. From kiddos to oldies, all are fond of this mouthwatering appetizer. Nothing can match the level of a perfectly cooked pepperoni pizza.

It is okay to order a perfect pizza from any food junction. But what if you can make it to your place? Doesn’t that sound amazing? Perfection might discourage you because you presume you can not make a pizza equivalent to one from the food corner. But you know what?

With a little planning and proper steps, anything in the world is possible. So, here is the recipe for a perfect classic pepperoni pizza… 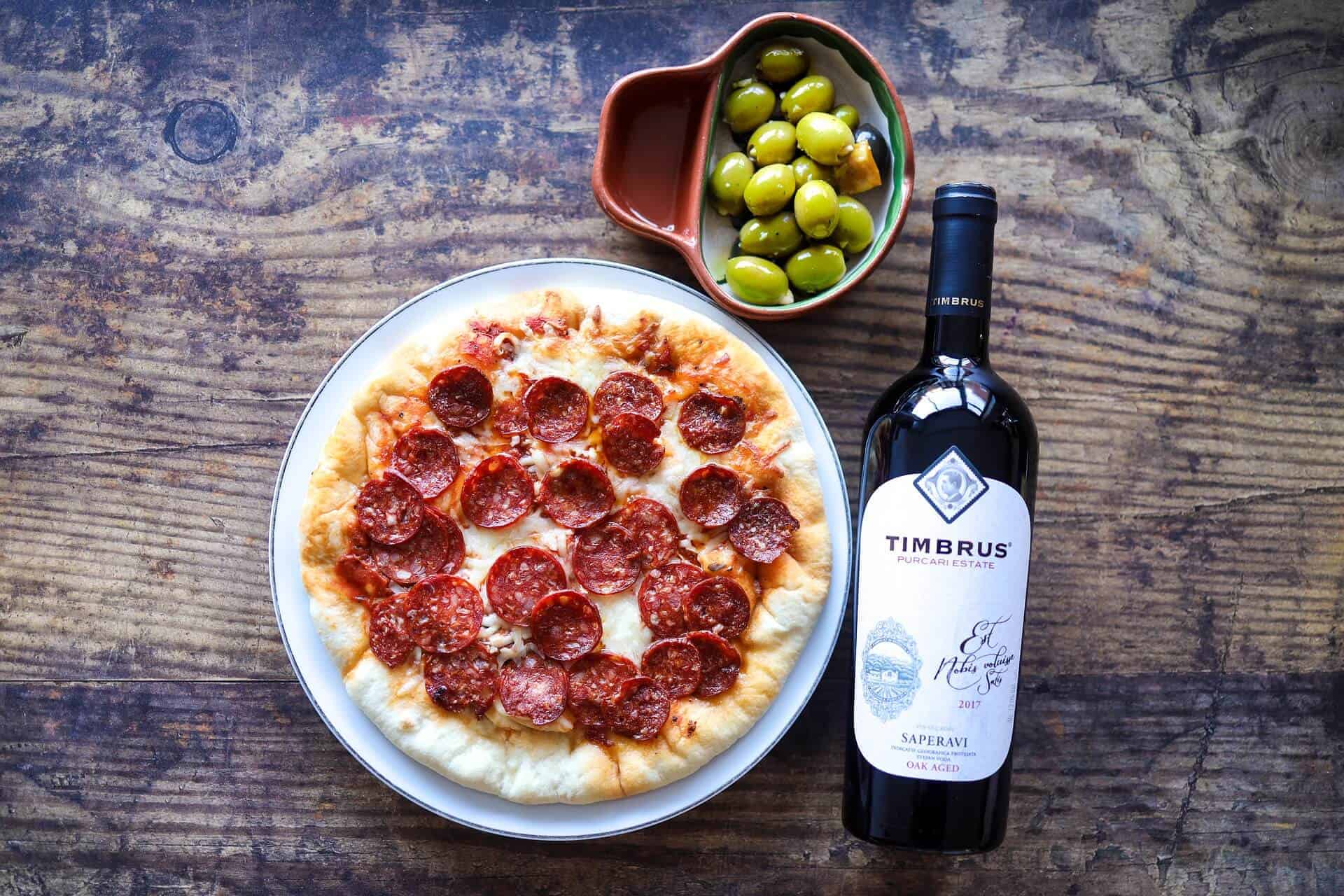 If you are a die-hard pepperoni lover, you might enjoy it in its multiple versions. Although there should be no comparison in taste, the American-style pepperoni has gathered several fan followings within a limited span. The reason behind creating the popular American pepperoni is to get rid of the curled-up edges of the old-world version. Some people did not like the crispy curls at all. Hence the popularity of the American-style pepperoni.

But, some people still love the “old school” version of pepperoni and its American-Italian taste. The bacon-like flavor is also very famous in terms of pizza toppings.

Be it the escape from the hustle-bustle of weekdays or peaceful, cozy weekend evenings with loved ones; pepperoni pizza is perhaps the best match. And when it comes to old-world pepperoni pizza, its flavorful spiciness and crispy texture can blow your mind in every bite.

Well,  I am pretty sure by now that you are probably craving an old-world pepperoni pizza. Why resist when you can’t? Try that today. Don’t forget to fill up your coke and turn on your Netflix while chilling.