How to Soften Pita Bread? Tips and Recipe

The round flat wheat flour bread called pita is a staple Middle Eastern and Mediterranean food. Native people have been eating this popular food for more than 4000 years in the mentioned regions, which have become popular globally. People eat this versatile food with dips like hummus and make sandwiches and wraps. But the real taste of pita bread can be enjoyed when it is served hot and soft. However, we know that getting freshly baked pita bread right out of the oven is not always feasible. So, it’s a good thing to know how to soften stored pita bread.

You often buy pita bread from the store, or you might have some leftovers. Unfortunately, storing these slices of bread in the refrigerator will make them dry and hard, taking away their actual taste.

But you don’t have to throw away the leftover pita bread as there are ways to make it softer again. Make sure to keep reading to find out how. 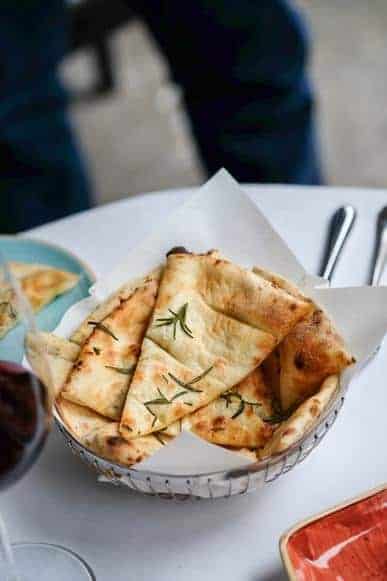 Pita bread, as said above, is an original Middle eastern dish that was invented approximately 4000 years ago. The oldest pita bread was made using only flour and water. The dough was then left to absorb the yeast present in the surroundings, and the dough would rise gradually.

Later on, people started adding yeast while making the dough rise quickly. These round loaves of bread were then cooked in outdoor ovens. However, the modern recipe has gone through some changes, with different ingredients being added to the dough.

You have just bought the pita bread to enjoy with your hummus, but now it has become dry and chewy as you open the packet. This happens because pita bread’s thin and airy texture leads the moisture to escape quickly. 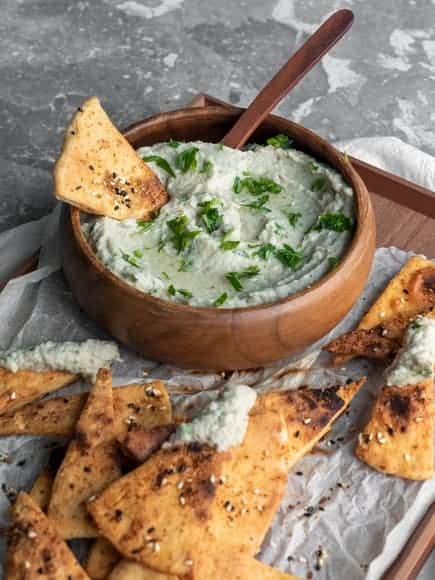 Pita bread is enjoyed best when it is moist and slightly warm. If your pita bread has dried down, don’t worry. You can bring them back to their soft texture with a few simple tricks. Let’s have a look at these tricks-

Place the dry pita bread into a Ziploc plastic bag and a couple of bread slices with it. Leave the packet overnight, and the pita will absorb the moisture of the white bread pieces. Of course, you might need more bread, depending on how dry your pita bread slices are.

Method 2: Softening With a Moist Towel

Using a damp kitchen towel will also work on dry pita bread. First, you need to moisten the towel but be careful not to make it soggy. Then damp the towel using hot water and wring out excess water. Finally, the kitchen towel needs to be mildly moist.

Then wrap the dry pit bread in the moist towel and place it on a microwave-safe plate. Put the dish in the microwave and heat it for ten seconds. You can also set the pita bread in an oven and heat it to 200 degrees F for about ten minutes.

If you heat the pita bread for immediate consumption, go for the oven reheating method. While heating the pita bread into an oven or microwave, make sure it does not get crispy. The intent is to make them soft and tender, just like the freshly baked ones.

Method 3: Softening on a Skillet

You can use a skillet to soften the pita bread in this method. All you need to do here is, put the skillet on medium heat and place the pita bread on it. Then, sprinkle some water around and cover it with a lid.

Heat the pita bread for 20 to 30 seconds with a closed lid on each side and an open flame for ten seconds. Using a skillet is one of the easiest ways, and it gives fantastic results too.

You can grease the skillet with some olive oil, but that is optional. While sprinkling water, make sure you don’t add too much; otherwise, the bread would become soggy.

Method 4: Softening on the Open Flame

You will directly put the pita bread on an open flame in this method. Choose a slightly smaller hob on your stove and turn it on medium to low heat. Put the pita bread on the flame and keep altering the sides so that it does not burn. When you see the bread is puffed up a bit, it is a sign that it is ready. 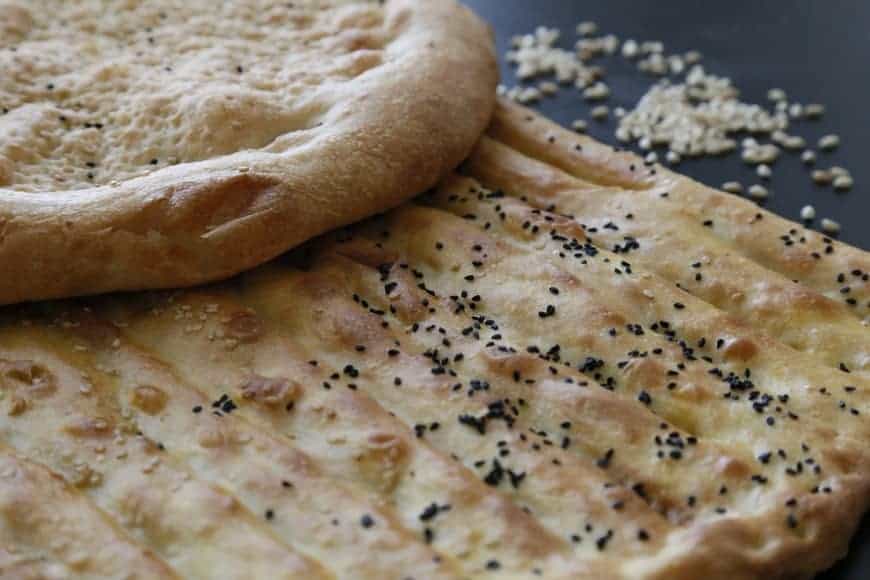 Rushing to the grocery store every time you want to have pita bread isn’t possible. Therefore, keeping some in your home freezer will quickly satisfy your pita bread cravings. Have a look at these storing ways to keep the bread well preserved.

Put the pita bread in an airtight bag and squeeze all the air out. You can also use a foil wrap or plastic bag to store the pita bread but make sure it is airtight. The bread will stay in good condition for three days in this storing technique.

Pita bread’s light and thin texture make it vulnerable to drying out quickly. Therefore to ensure it stays moist, you need to remove as much air as possible from the surrounding.

If you want to store the pita bread for a longer duration, you can freeze it. Freezing the bread is very easy and only needs a few minutes’ preparations.

You need to put an external layer of foil over the bread packet for extra protection and put a piece of parchment paper between each pita to avoid sticking them together. This way, you can store it for up to six months.

Here is a recipe for pita bread that is easy and quick to make. The ingredients needed are also readily available and might already be sitting in your home kitchen. So, let’s have a look… 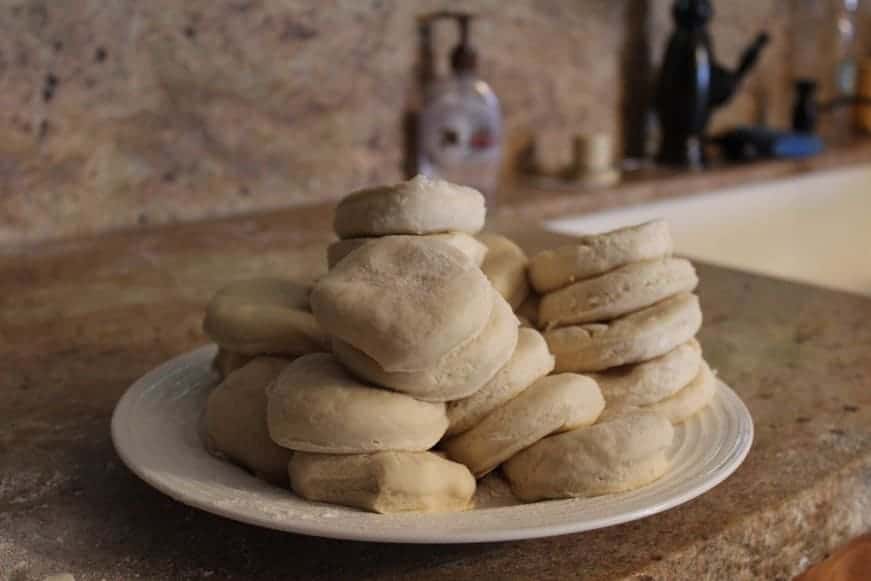 Note: You can prepare the dough in advance, and it doubles its size; you can keep it in the fridge till you use it. Also, you can bake the pitas in batches and not necessarily have to use all the dough at once. Finally, you can store the dough for up to one week.

Hopefully, you learned some new ways of softening pita bread. Eating cold, dry pitas is no fun hence don’t compromise on the taste. Instead, use those mentioned above softening or reheating ways to have soft as freshly baked pita bread.

Also, don’t forget to try the recipe if you want to have home-baked pita bread.