How Long do Oysters Last on Ice? Tips plus Recipe

There is probably no foodie who does not love seafood. Imagine the cool beach vibes, a cozy campfire, and a dinner date with your favorite person. Doesn’t it sound magical? And when you have oysters on your plate, well, your gluttony knows no bounds. The evening is, in short, sorted! But what if you discover the shell to be a rotten one? Your magical dinner is officially screwed. Don’t worry; we also do not want to spoil your glorious moments. And that is why we bring you oysters and how long oysters can stay fresh on ice. 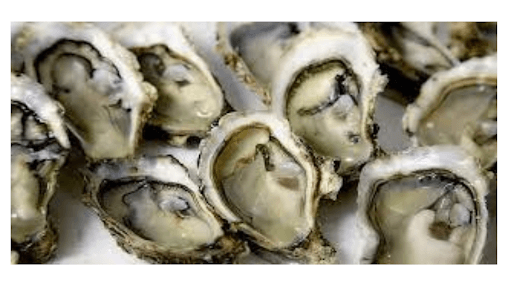 Oysters are a type of sea creature. The name ‘oyster’ comes from an Old French word, ‘Oistre.’ This came from the Latin version of the word, namely, Ostrea.

Oysters are considered to be one of the most enjoyed seafood all over the globe. Food enthusiasts from across the world have claimed their excellence.

People eat oysters in various forms. They can be enjoyed in boiled, fried, canned, pickled, steamed, baked, smoked, and many other versions. Even some drinks are also prepared with them. We have even noticed some people eating them raw ( which is completely okay). The eating process is quite simple. Just open up the clam and eat the flesh along with the juice. Well, butter and salt might be added for better taste.

Not only in taste, but oysters are also equally appreciated for their nutritional value. These are probably the best sources of iron, calcium, selenium, and zinc. Also, they provide a good amount of vitamin A and vitamin B12 to the body. Additionally, oysters are an excellent source of protein and amino acids that boost our health. So, you can understand how beneficial it is to eat oysters.

How long do oysters last on ice? 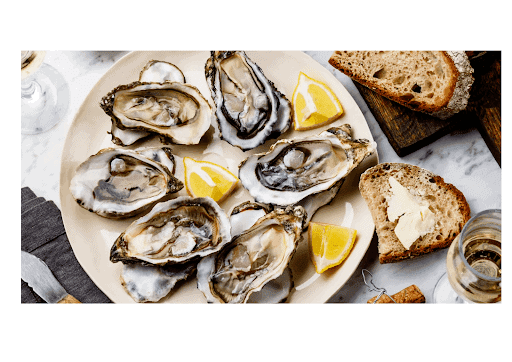 Now, let us come to the crux of the topic. Well, most edible sea creatures can last for a considerable amount of time on ice or at room temperature. Similarly, some people have tested the oysters to last on ice for some time ( since you will not eat oysters every day).

Now the question is, how long is okay for them to store on ice?

Well, the answer to this will be relatively simple. In-room temperature, the oysters do last for about two hours. And if you keep them on ice, they may last up to two days. Obviously, you have to keep them properly stored for two days.

How long do frozen oysters last? 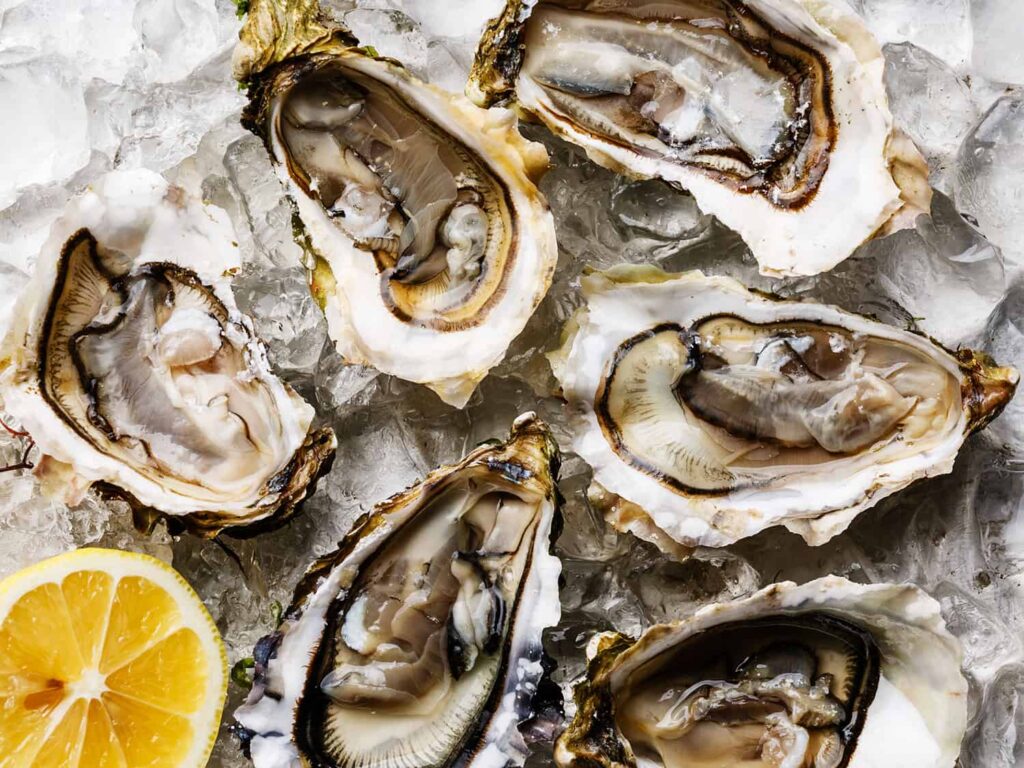 Shellfish or oysters that are frozen will generally endure longer than they are in the refrigerator. They can be frozen and hold their purity for as long as 90 days. Subsequently, the quality will gradually degenerate, regardless of whether you store them appropriately in the fridge.

Frozen oysters can endure their freshness for about three months because of their high substance of fluid. The fluid in them will freeze and help with holding their quality.

In any case, the clams can last for a shorter period than 90 days if the fridge is open and shut regularly. This is because of the condensation each time the cooler is opened. The clams might dissolve or melt a little bit and freeze once more. Every time you open the fridge for a longer time, the clams are bound to melt a little. This continued liquefying and freezing is the thing that made the clam’s quality debase, which may shorten their shelf life, even after freezing.

Uncooked oysters: How long do they last? 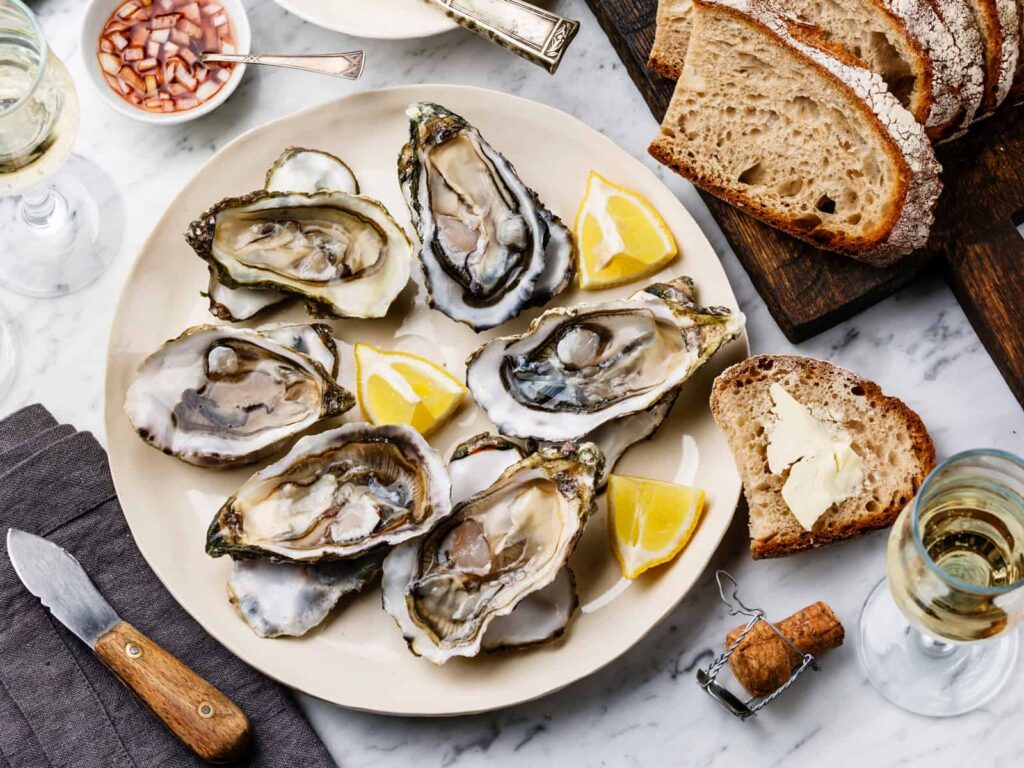 This is an interesting area to answer.

Many people store the oysters for future use. And they keep the oysters in their uncooked versions. This is something you might not prefer to do.

But our friends, who would probably like to store the clams, may have this question. Let’s go find an answer!

Oysters, be they in their live versions or shucked versions, will last for about two days in the fridge.

Following four days, a clam that is uneaten must be disposed of immediately. Normally, after this time, the oysters will hold no quality and have an awful taste.

How to tell if oysters are bad?

Some people do not realize that eating spoiled oysters can be bad for your health. Besides, your stomach might be upset for a couple of days. So realizing this is the first step.

You need to point out a couple of things if you want to detect the oyster’s spoilage. Let us know what they are!

Remember one thing that these are not just any sea creature but are protected with their shells. Hence, any oyster with a broken or even a damaged shell is a sign of their spoilage. Generally, fresh oysters remain tightly sealed when they are of their best quality. Hence broken shells are a sign you should take account of. You may not detect its rotten nature by looking at it. But it is always better to avoid these types of oysters for your safety and a happy experience.

This is another point that you should look out for. If you press the clam, the shell is bound to open. But what makes the spoiled shellfish different is not the closing of the shells. If they do not close after you press and open them, do not pick them because this is a significant sign of spoiled oysters.

Generally, when you open the shell of an oyster, the flesh of it looks juicy. It contains some amount of seawater or oyster liquor that keeps the meat of the shellfish fresh. If you see after opening the oyster that no liquid is there and the flesh has dried out, discard that. Many people make the mistake of eating dried oysters.  But please do not make the same mistake. Just straightaway discard it.

Pick any food item in the world. Everything has a specific color that defines its freshness. For clams or oysters, the standard color is a cream shade or a beige shade. But if you see anything different than that, you should understand that very moment that the oyster has spoiled. Discoloration can be the biggest hint of spoilage. Do discard the inappropriate oysters.

The last but not the least hint is the smell. Every food item in this world has a particular smell that detects its freshness. And following that, our very own oysters are not exceptional. They also have a specific fresh smell. If you find an odd smell or something unpleasant, throw the oysters away at once. Remember, a bad smell means wrong or spoiled food!

How to store oysters

The shelf life of oysters is relatively short. But well, one can increase the span if they know the proper methods of storing them.

And if you are one of the clueless people, this section is just for you. Here we will be sharing the accurate methods by which you can keep your oysters fresh for a longer period. Let’s know a bit more. 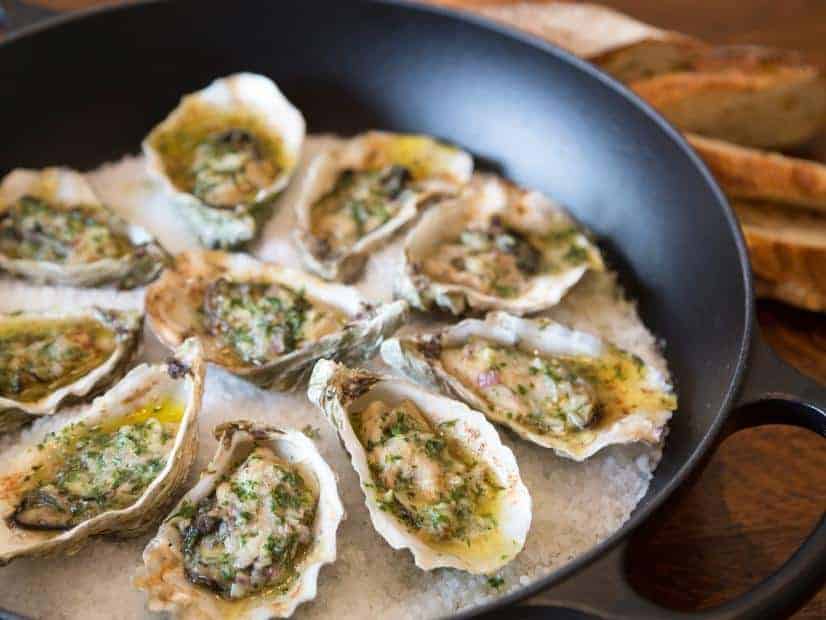 Oysters are undoubtedly one of the best kinds of seafood one can ever enjoy. Every dish containing oysters is worth tasting.

We can understand your passion for oysters, and exactly for that, we have secured a section for you. Presenting the recipe of one of the most delicious dishes ever-garlic oysters.

For preparing a restaurant-style garlic oyster, you will need some ingredients. The following is a list of all the items required.

Once you have gathered all the ingredients, let us move on with the procedure of cooking.

Final Lines on How Long do Oysters Last on Ice?

Eventually, shellfish are best when they are fresh. Regardless of how you store them, attempt to eat quickly. You will see a difference in taste between an oyster collected a couple of days before and one that has been hanging out in a refrigerator for a very long time. So the taste says it all.

Hence, shuck them, eat them, appreciate them immediately! And if you have to store them, please store them following the proper procedure.