What Does Sushi Taste Like? It’s Not What You Think

What does sushi taste like? It's a question that you could ask five different people and receive five different answers. People often don't always have a clear understanding of what items really qualify as sushi since the category is rather broad.

Unless you get very specific about the type of sushi you're interested in, you're not going to get a very consistent answer. The main types of sushi include Nigiri, Maki, Chirashi, Oshi, Inari and Nare. Sashimi is often believed to be sushi, but it's just raw fish unless it's prepared correctly.

What Does Sushi Taste Like? It's Not What You Think !
Getting The Right Flavor From Sushi
The General Flavor of Sushi
Rice and Its Impact on Flavor
Different Flavor Profiles for Each Sushi Type
Preparing Sushi the Right Way
Getting Ready for Your First Sushi Experience

Getting The Right Flavor From Sushi 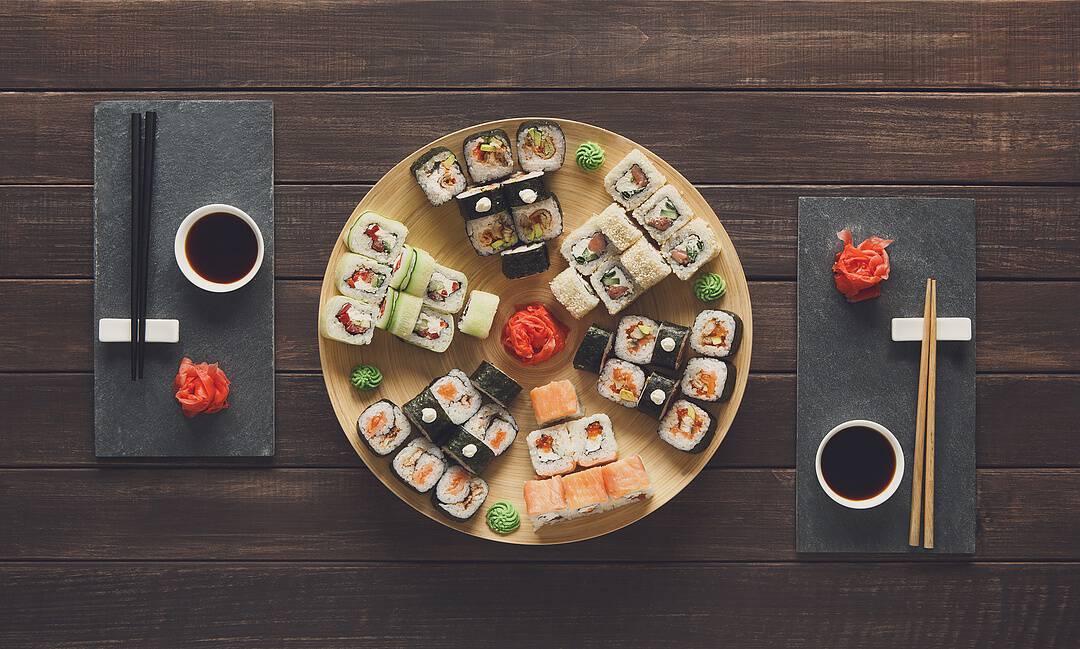 Many sushi misconceptions stem from a misunderstanding of the traditional sushi practices developed for achieving the correct flavor profile.

Nigiri is one example of a type of sushi that's intended to be eaten with your hands and not your chopsticks. Many people also dip the rice portion into their soy sauce. You should only dip the egg portion into the soy sauce so that you don't overpower the seasoning of the rice.

Creating a soy-wasabi mix is another way people change the flavor profile. You shouldn't need extra wasabi with properly prepared sushi. If you do use extra wasabi, the proper method is to place it directly onto the sushi.

Most wasabi in America is a mixture of ingredients that is designed to replicate the taste of real wasabi. You'll be hard-pressed to tell the difference even if you're an experienced sushi connoisseur.

The sushi ginger that is provided with your sushi is not meant to be placed on the sushi. The ginger is to clean your palate between items so that you get the full flavor of each piece.

The General Flavor Of Sushi

Sushi should not have one overbearing flavor. You should be able to taste the rice﻿﻿, fish and seasonings in equal balance. If you walk away saying that it was the best tuna sushi you ever had, then you didn't eat properly balanced sushi.

As with many Japanese traditions, balance is a crucial aspect of sushi preparation. Ingredients used in sushi are not included as filler elements. Every ingredient should be properly balanced for a mixture of sweetness, saltiness and savoriness.

Rice And Its Impact On Flavor

People focus on the quality of the meats used in producing sushi, but the truth is that the sushi rice is really what matters.

First of all, rice should be cooked and vinegared to perfection. If it's not, the quality of the sushi will suffer. When you get substandard rice, you're not getting a quality sushi experience.

Futhermore, the s﻿﻿ushi chef must control several aspects of the rice, including the temperature, the packing and the type of rice used.

In Japan, each prefecture prides itself on having its own rice, and there is great pride taken in locally grown rice.

Good quality rice is difficult to make, and most sushi houses in America will overlook the importance of the rice since most of their customers just don't know any better.

The rice quality does affect the flavor of the sushi. When sushi is served, the rice should be body temperature. It shouldn't be room temperature or chilled.

After the rice has been cooked, vinegar must be added to the rice immediately, or it won't be absorbed. Authentic sushi only uses red rice vinegar and salt, but sugar is often added in the United States.

Adding sugar can make the rice too sweet, and this can affect the taste of the sushi. If you go to an inexpensive sushi house, chances are good they're adding sugar to make the sushi more enjoyable to eat. 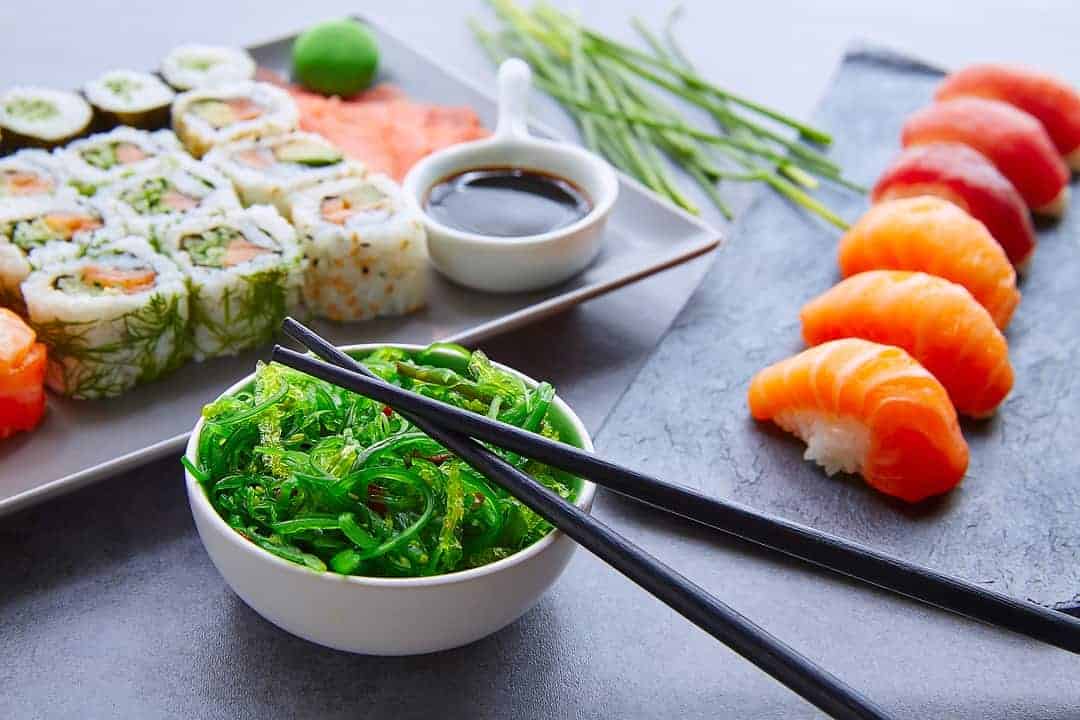 Depending on the type of sushi you eat, you'll be getting a different type of fish. Some sushi is made from tuna, which makes it one of the most palatable types of sushi for people who are new to eating it.

You can also get sushi made from s﻿﻿al﻿﻿mon﻿﻿, eel, shrimp and even tofu. The main protein source used in the sushi will have a dramatic impact on how it tastes.

Most of the sushi you'll eat should have a fairly neutral flavor. The rice is typically what you're tasting, and it should provide you with a slight vinegar flavor mixed with a bit of salt.

Sushi's texture plays a more important role than the flavor, and different types of sushi will have varying textures.

Octopus has a tougher texture, and it may be a difficult first choice for someone who has never had sushi. Salmon and tuna are softer options while eel is a bit denser and is often compared to the texture of chicken. 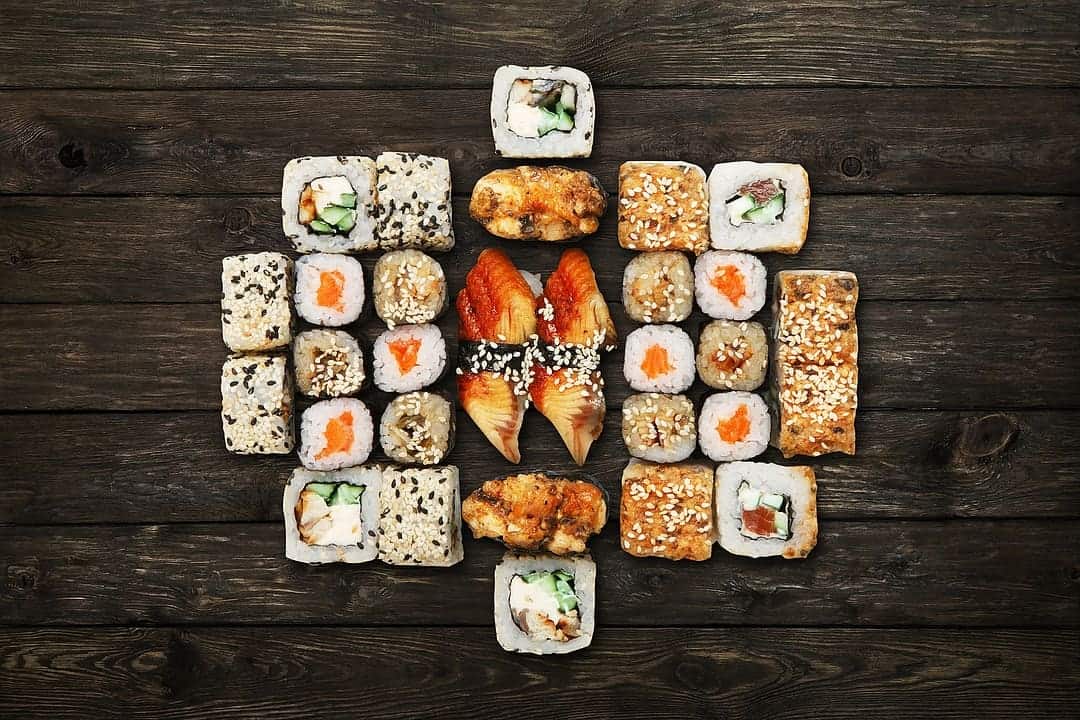 The best sushi houses will have their own methods for making their sushi, but there are standard concepts used in making sushi that when followed can affect its taste.

When most people think of sushi, they think of a roll that is lined on the outside with nori (seaweed). If you're interested in making your own rolls, Sushi: The Beginner's Guide offers a good starting point.

Sushi comes in several forms that affect the flavor profile. Each preparation method changes the sushi's taste due to the different textures and ingredients.

Getting Ready For Your First Sushi Experience 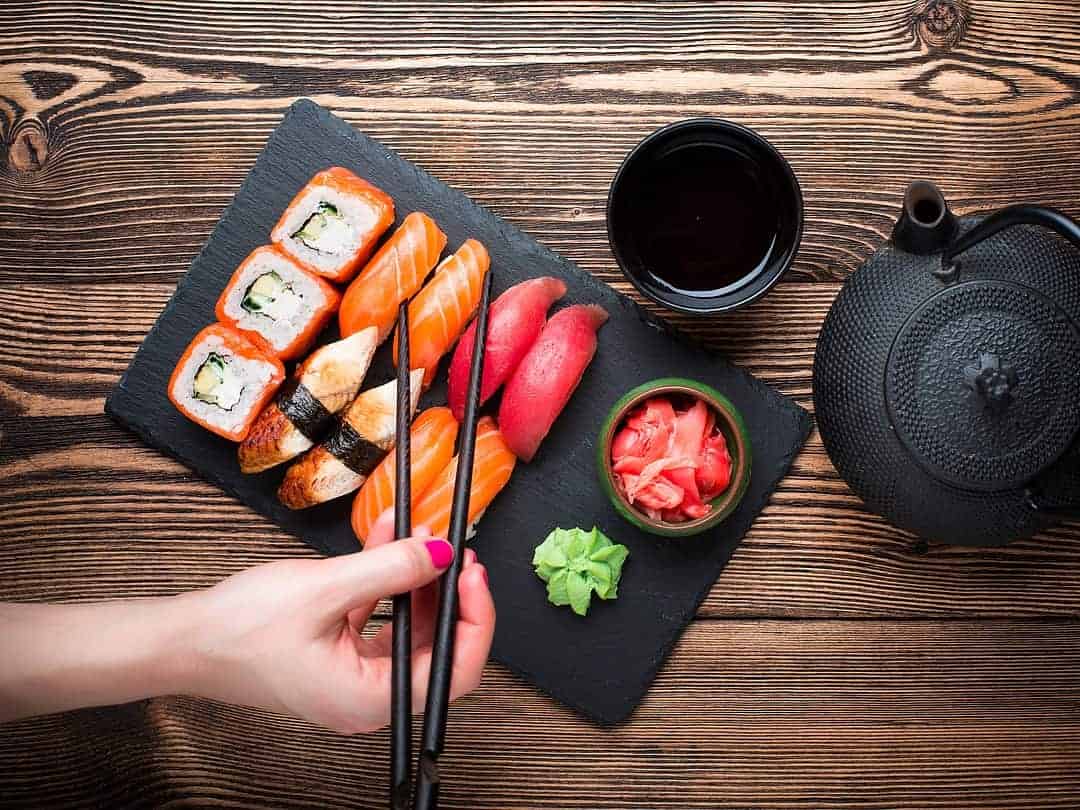 Learning more about sushi before you go to a Japanese restaurant can help you obtain a fuller experience.

In America, you can learn as you go by asking questions. Consider purchasing a book on making sushi rolls to prepare, and please feel free to post your questions in the comments.

If you have any other questions about sushi, please post them in the comments below.