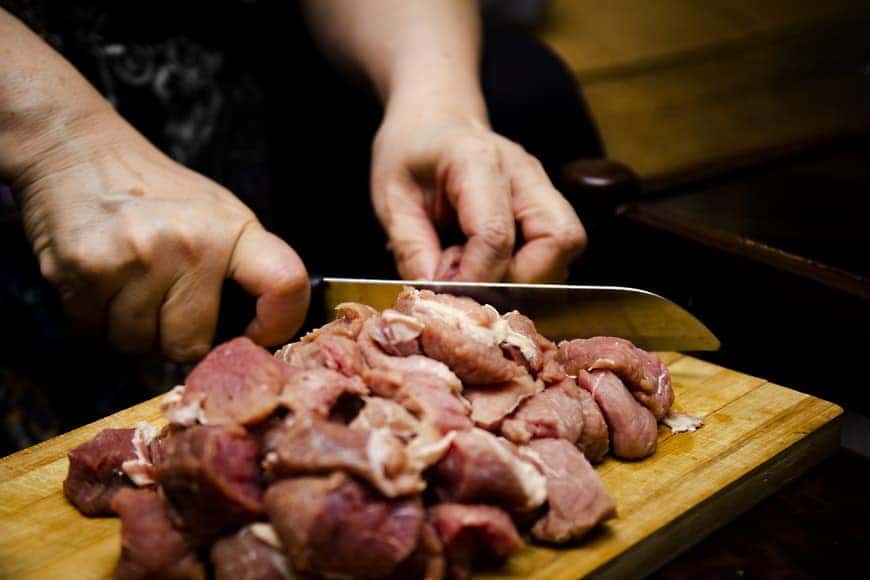 How to Cook Fatback? Signature Style and More

Fatback is a solid fat slab found in the back of the pig. It looks similar to a slice of bacon but without any meat. It is delicious on its own but tastes divine with seasonings of sea salt and some herbs. It is also a potent flavoring ingredient in other dishes.

Pork fatback is rare at grocery stores, but you can get it at butcheries. It is considered hard fat, while fats from other parts of its body are soft fat.

Not many people are aware of its cooking procedure. However, if you have recently come across fatback or have tasted it somewhere and want to cook it yourself, we’ll teach you how.

There are different ways of preparing pork fatback; keep reading to find them out. But before that, let’s learn a few more things about this delicacy… 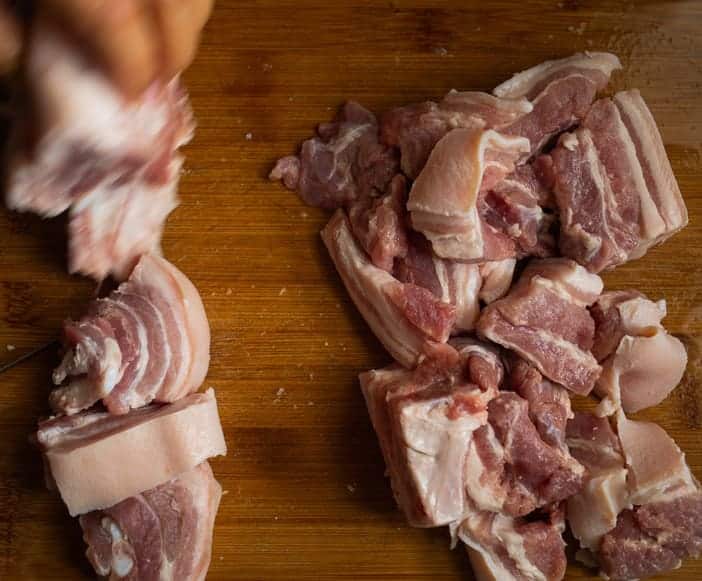 Only found in mature pigs, fatback comes under the skin of the back with or without skin. Many European cultures use fatback to make bacon; it’s their special delicacy.

Earlier, people in Italy used fatback as their staple cooking fat, primarily in regions where oil trees were sparse. Fatback is a classic ingredient in Battuto, a traditional dish of sauteed vegetables and herbs.

Fatback has different names in different countries. People in Italy call it Lardo, Russian people call it Salo, whereas people in Hungary call it Szalonna. These are just a few examples. Fatback is prevalent in many other countries, and people know it with different names.

Irrespective of its name, people enjoy eating pork fatback in different parts of the globe, and it’s a central part of different cuisines.

How to Cook Fatback?

Have you recently tasted fatback in a restaurant? Do you want to make it at home? Here is the recipe for it. We will tell you how to make delicious fatback while preserving authentic European flavors.

You can add fatback to almost any dish involving sausages, meatballs, meatloaf, or grounded meat. It adds moisture and juiciness to the dish apart from adding a unique flavor.

We will talk about fatback as an ingredient in different dishes and how to use it. But first, let’s have a look at the signature style of cooking fastback:

Cooking Fatback in the Oven

You can cook fatback in the oven as well. Here is how you can utilize your oven for cooking fastback:

These are the signature ways of cooking fatback. But there are few other ways to use it as an add-on or flavoring ingredient in other dishes. So let’s take a look at them as well:

But be careful while adding fatback to burgers or meatloaf. As fatback has a high moisture content, it may shrink meat in such items if you put too much fatback. 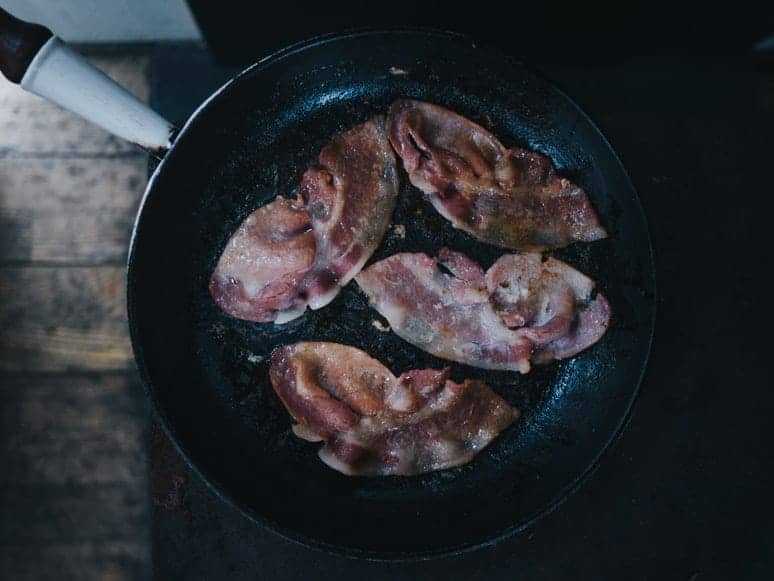 Fatback comes with a few variations as well. Let’s have a look and find out about them:

This type of fatback is salted to prolong its shelf life. It is a dominant ingredient in many Southern dishes adding juiciness and flavor to the meals.

It is a section of fat in between the bacon at the belly and hard fatback near the backbone. Streak pork has a layer of meat running through the fat, whereas the original fatback has no meat.

It is Italian salumi made using fatback, herbs like rosemary, wild fennel, oregano, garlic, and other seasonings. Lardon can last up to six months which people eat as an appetizer or spread with bread.

Fatback is a flavoring ingredient and also is eaten as it is. Considering the various ways we can use fatback, it’s important to know if it can go bad. Or for how long you can preserve fatback.

The most common question people ask about fatback is if it goes wrong. Yes, it does but only the raw variant. Cooked fatbacks have a longer shelf life compared to uncooked ones.

Raw fatback lasts for three days up to a week in the refrigerator. However, there are disagreements among people regarding this.

But you can store raw fatback for up to six months when stored in the freezer. If you keep it in a well-packed condition, your pork fatback won’t go rancid.

The best way to store fatback is in its actual vac-pack as long as you don’t break the seal. If you are using your Ziploc bag, make sure there is no air inside the package. You should squeeze out the air before transferring it into the freezer.

If you keep it in a loosely packed package, it will develop a confinement odor, which is not pleasing.

Final Lines on How to Cook Fatback

Cooking fatback is quite simple and easy. It does not require any other ingredient to cook if you have it, like bacon.

Adding it in other dishes helps enhance the taste-making the recipes juicer and tastier. So give fatback a try if you haven’t yet, and check out the recipes we mentioned.

How To Reheat Stuffed Peppers

How To Reheat Couscous

How To Reheat Peach Cobbler

How to Reheat Crab Rangoon?