How Long can You Leave Sour Cream Out? Facts, Recipe and More

The amazing taste and sour cream have won thousands of hearts across the Globe. Starting from toppings of tacos to cakes everywhere, sour cream has created a tradition. Moreover, the preparation of this specific dipping or spread is relatively easy. You can prepare it at your place with the common ingredients of your kitchen, or you can also buy the packaged version. But the question that comes here is: how long can you leave sour cream out or for how long can you store it after opening it?

Well, do not worry because we are here. So, let us know and dig a bit more into this topic and know a little bit about sour cream…

What is Sour Cream? 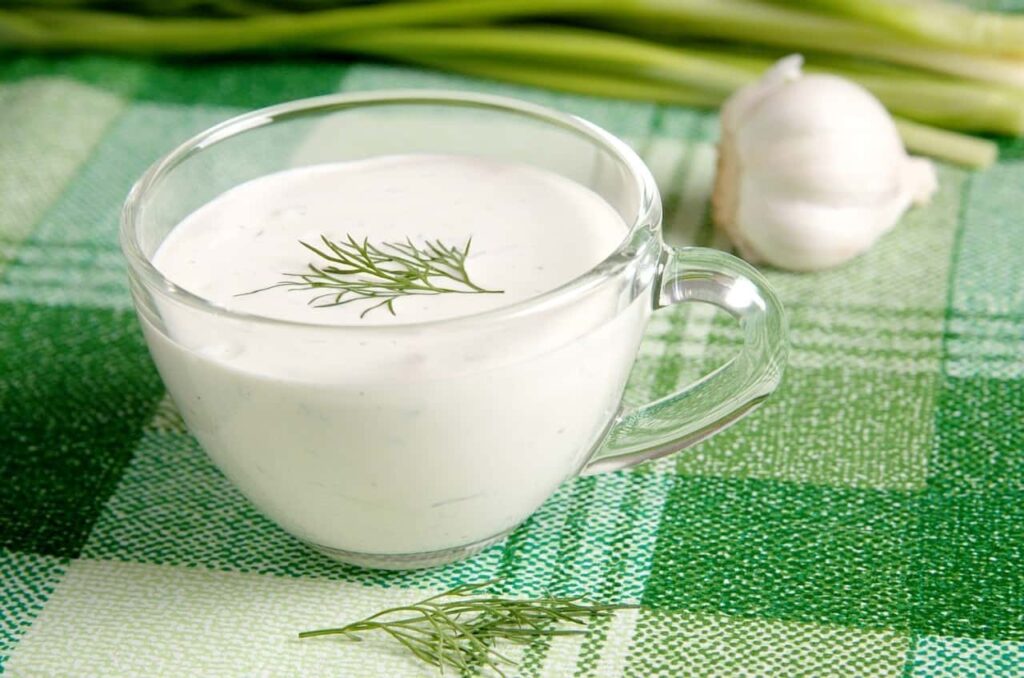 Sour cream is basically a dairy product popular across the Globe. The famous spread or dipping is prepared by fermenting regular cream. This fermentation process is solely done by using lactic acid bacteria. That is precisely why sour cream tastes like a mixture of sour and sweet tastes. The name of sour cream has come from bacterial fermentation because the process is also called souring.

The sour cream is a relatively thick inconsistency because the bacterial that enters or is cultured thickens it.

Earlier the traditional way of preparing sour cream was somewhat different from now. Then, it was prepared by fermenting the cream that skimmed off at the top of the milk. The pasteurized cream can also be converted into sour cream by the lactic acid bacteria culture or other acid-producing bacteria.

Sour cream is not only delicious and mouth-watering but also has some beneficial health values. People might think about how a fermented food or sauce or something can be good for health. But, exactly because of this confusion, people always avoid these food items from their health-conscious diet chart.

In this section, the food values of sour cream will be discussed thoroughly. So, in case you are one of those conscious people, you must have a look.

Sour cream is technically different from other regular dairy products. By difference, we mean both the differences of taste and composition. This popular spread or cream consists of multiple beneficial components.

Some specific vitamins need a source of fat for absorption in the digestive tract. These fat-soluble vitamins include Vitamin A, D, E, and K. People may be affected by cancer, diabetes, and multiple immune disorders if they lack these vitamins.

Vitamin A, D, E, and K can be found in fresh fruits and vegetables. Hence, eating them will help gather vitamins A, D, E, and K. But the problem here is that none of these vitamins provide fat on their own. So, an external source of fat is always needed. 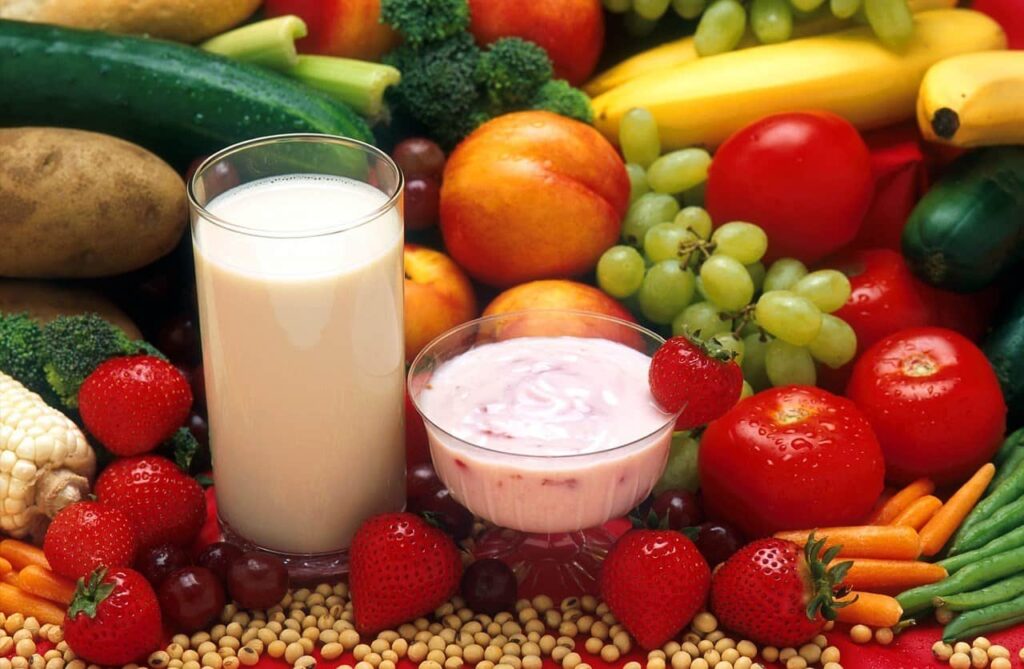 Probiotics are living microorganisms that help us with digestion. Probiotics also help in keeping our healthy life intact. It also increases the immunity power when consumed.

Since sour cream is produced by souring or fermentation, most manufacturers bring it after pasteurization. Meaning all the bacteria in the sour cream are destroyed before packing and selling. This step is taken to lower the problems regarding food poisoning.

However, after pasteurization, some manufacturers add a limited amount of probiotics to the sour cream to obtain probiotic help.

This can be one of the principal reasons why people choose sour cream. Since sour cream is low in carbs, it might help people with their diet. There are many types of diets. Among them, one of the most popular diets is a carbohydrate-free diet. Some examples will be the Keto diet and Atkins. So, these people may intake sour cream without any hesitation.

In the previous section, we spoke about the benefits of helpful microorganisms in unpasteurized sour cream. But, there is another significant problem that you should be aware of.

Unpasteurized sour cream is not safe for all people. The unpasteurized version indeed contains many beneficial bacterias. But along with it, stay some troublesome microorganisms as well. This can be fatal for some people, especially pregnant women.

Raw dairy products contain Listeria in them. This can cause serious harm to the child. It can cause death in an extreme situation. Along with the child, the mother can also be affected by the bacteria. So, it is advised for pregnant mothers to stay away from unpasteurized sour cream and all raw dairy products.

Some other harmful microorganisms found in raw dairy products are E.coli, salmonella, and many others. These are actually fatal for our stomachs. Diarrhea, vomiting, stomachache, and many other complications may form from these microscopic criminals.

So it is better to stay away from unpasteurized dairy products, including sour cream.

How long can you keep sour cream intact? 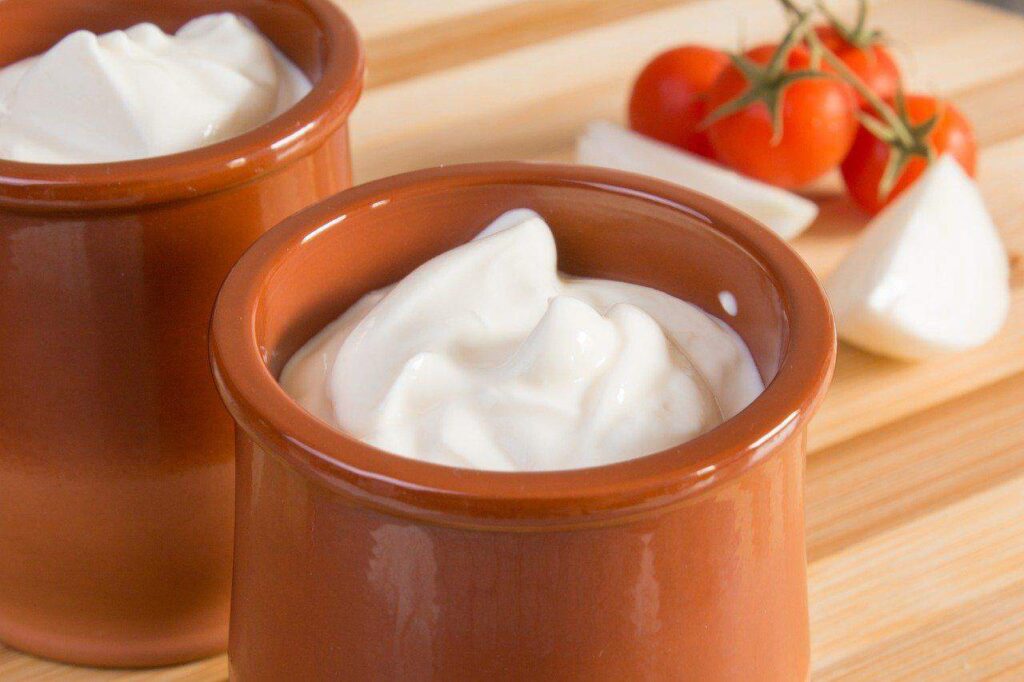 Now, we have come to the crux of the topic. Sour cream, as the very name observes it, has a distinctive sweet and sour taste. Well, the question here is, can sour cream go…umm…SOUR?

Sour cream is indeed a delicious dairy product obtained by fermentation or souring. The acid-producing bacterias are added to the cream, and then the sour cream is produced. But, as you know, sour cream contains bacteria. The edible sour cream consists of bacterias like Streptococcus lactis and Leuconostoc citrovorum. These microorganisms are safe for human consumption.

However, sour cream might form mold and yeast if kept out of the refrigerator for too long. If the sour cream has cultivated all these, it is not safe to eat the cream. Now, the question is, how long is the time being that sour cream is safe to eat?

Well, generally, it is recommended by many people and kitchen enthusiasts that keeping sour cream out is never an option. No matter the packaging state (opened or unopened), sour cream should always be kept in the refrigerator at less than 40 degrees Fahrenheit. That means you should continuously switch on your refrigerator if you are keeping sour cream in it.

And if it is intact and stored in the refrigerator, you might use it for up to three weeks after the sell-by date. On an average count, sour cream is edible for seven to twenty-one days from the manufacturing date if it is kept at 40 degrees Fahrenheit in the refrigerator.

Let’s suppose you want to keep your sour cream out of the refrigerator. Therefore, the question that comes first into the context is, how long can we store it out?

Personally, I will recommend you not to keep it out for even a moment. But if you are stubborn, let’s get straight to the point. Since sour cream consists of bacterias and there is a fair chance of some harmful bacteria to form, keeping it out for one to two hours between 40 to 90 degrees Fahrenheit will be enough because, by that time, the sour cream will successfully be spoiled.

Even if it looks intact after one or two hours of keeping it out, do not try to use it or eat it. Serious health issues may be caused by it.

How to understand spoilage?

There are some easy ways and signs with which the spoilage of sour cream might be pointed. Do check these points before eating the sour cream. 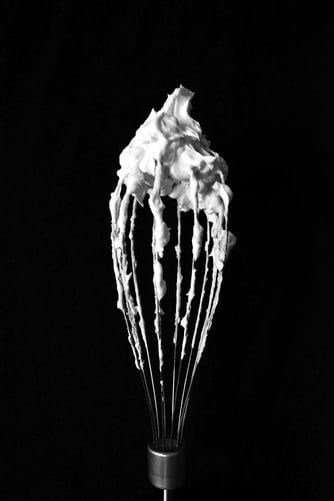 Commercially packaged sour cream is okay to bring. But what if you yourself can make it at your home with the simplest ingredients? That is indeed smart. And if you’re one of those enthusiasts, let’s know a bit more about the recipe and preparation.

For preparing DIY sour cream, you will need:

And now, let us move on to the procedure of preparing sour cream.

Sour cream is ready to serve. This DIY cream will stay intact for almost two weeks if kept well in the refrigerator.

It is always better to be prepared for mishaps. For example, suppose you run out of sour cream all of a sudden or let’s say the sour cream is spoiled. What to do then? Are you going to throw your food away?

No way! Be smart. Stop worrying, start finding. Every ingredient in this world has a suitable substitute. Let us know then what can be the substitutes for sour cream.

Cottage cheese is another healthy replacement for sour cream. While yogurt and sour cream are high in fat, cottage cheese is a low-fat, high-protein substitute. In addition, this dairy product has a soft and mild creamy texture that makes it an excellent choice for many people. So this can also be used as a substitute.

Crème Fraîche is another dairy product, very similar to sour cream. This is made by adding a bacterial culture to heavy cream. The consistency and thickness of Crème Fraîche are similar to sour cream. Also, the taste of this product is a little less tangy. However, this is much higher in fat and calories than cottage cheese, greek yogurt, or sour cream. So, despite being delicious, it might not be the best choice. But its fat density makes it ideal for soup.

Can I substitute yogurt for sour cream?

Can sour cream be bad for you?

Sour cream is one of the most popular items in the food world. Like cheese and pepperoni, this item has also gathered a considerable number of worshippers. But keeping sour cream intact for a long period can be challenging. But if you see any of the above-mentioned spoilage points, make sure you throw them away at once.

Also, ensure you are not consuming it in a limitless amount. Otherwise, there are fair chances for you to be sick.

Keep the sour cream as instructed before and enjoy it thoroughly!