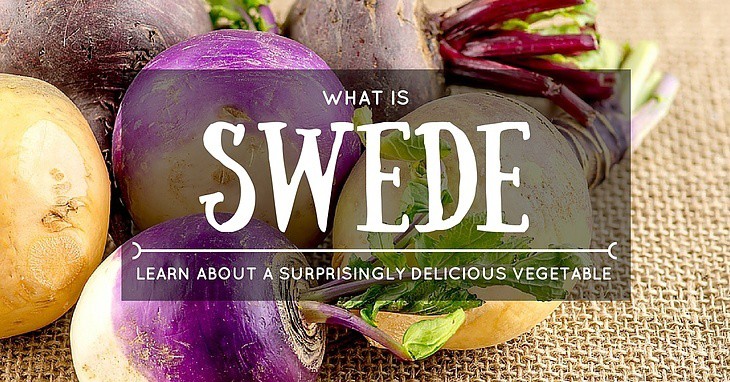 What Is Swede? Learn About A Surprisingly Delicious Vegetable

If you go to a farmer's market or store that caters to many different cultures, you might feel overwhelmed at all the strange produce you find. What is a dragonfruit, a kumquat or a jicama? What is swede?

If you only use a few staple fruits and vegetables, then cooking unfamiliar vegetables can seem especially confusing.

However, discovering a little bit about new foods can give you a taste of flavors that you will want to add to your regular diet. You can also discover low calorie and high nutrient substitutes for foods you're trying to cut back on.

What Is Swede? Learn About A Surprisingly Delicious Vegetable
What Is Swede?
Where Does Swede Come From?
How Do You Eat Swede?
How Nutritious Is Swede?
What Are Some Good Swede Recipes?
Recipe 1 - Breakfast Smoothie
Recipe 2 - Slow Cooker Corned Beef & Swede
Recipe 3 - Roasted Swede Rosemary Mash
Make Ahead﻿ 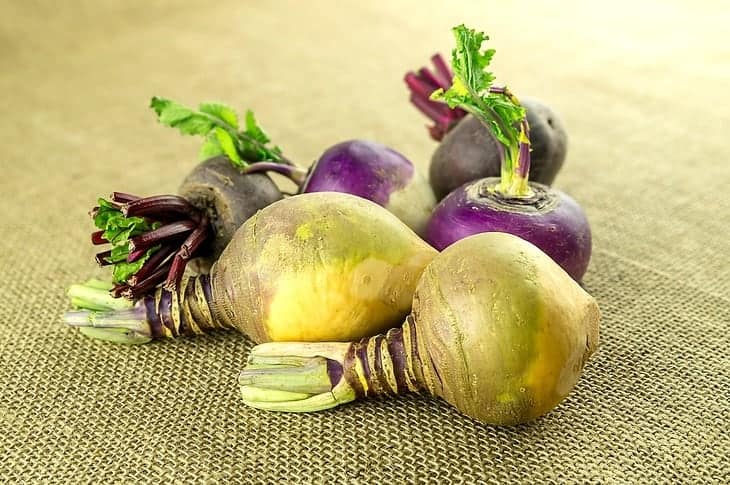 Swede is the British name for a root vegetable that is typically called a rutabaga in the United States. The name swede is the most common name for this vegetable in the UK, Scotland, Ireland, Australia and New Zealand.

It is also called a neep or Swedish turnip; the shortening of this term is where "swede" came from.

Where Does Swede Come From? 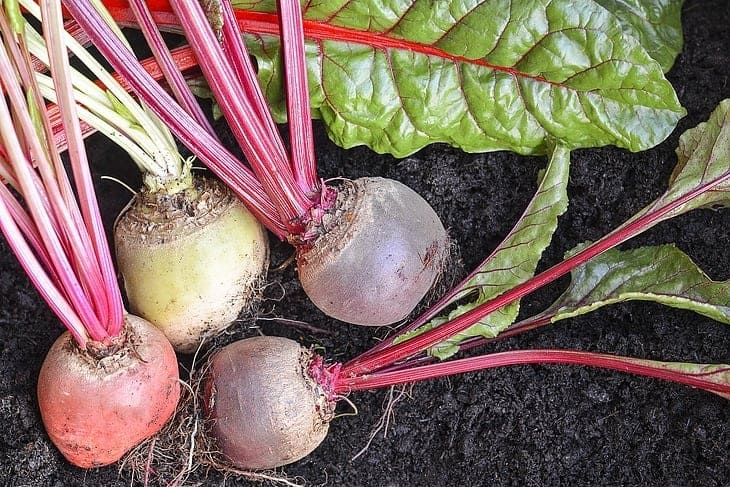 The swede is a hybrid vegetable that comes from cross-breeding a cabbage and a turnip. This creates a vegetable that is more cold hardy than a traditional turnip, but it offers edible greens and a tasty root vegetable that stores well. Both parts of the vegetable can be eaten by people and livestock.

The name Swedish turnip is believed to originate in either Scandinavia or Russia, and it was found growing wild in Sweden in the early 1600s.

Over the next two centuries, it was spread throughout northern Europe as a hearty root and livestock vegetable. Midwestern U.S. farmers were growing the crop by the early 1800s.

How Do You Eat Swede? 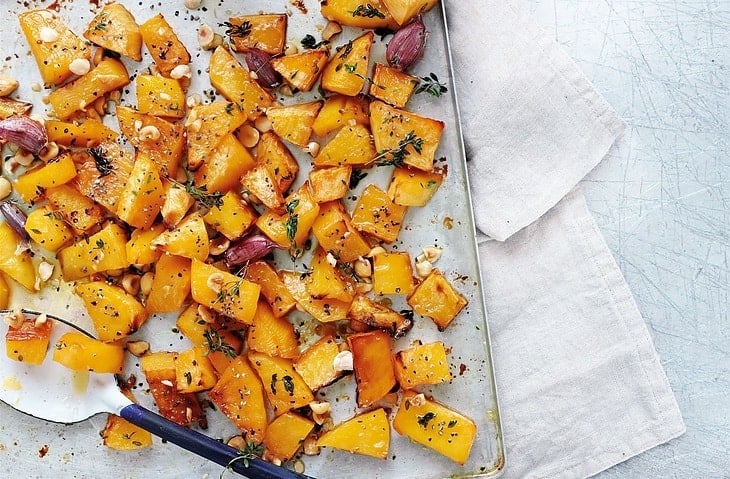 If you are on a paleo or low-carb diet, swede is an excellent potato substitute. Swede contains only 5.3 g of net carbs per 100 g, half the calories of potatoes (only 38 kcal per 100 g)

The greens: The greens are good raw, but they have a bite.

The root: The flavor of the root is a little more peppery than potatoes, but many people find them to taste surprisingly flavorful.

How Nutritious Is Swede? 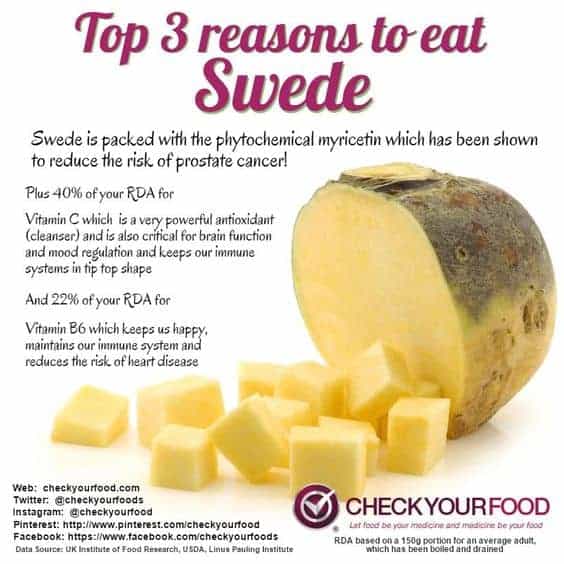 Swede is higher in fiber and lower on the glycemic index than potatoes although still on the higher side as all root vegetables serve as sugar stores.

What Are Some Good Swede Recipes?

The versatility of this vegetable makes it easy to use a substitute in many of your favorite foods or as a slight variation to classic meals. Try Gordon Ramsay's ﻿﻿﻿﻿swede an﻿d carda﻿mom soup﻿﻿﻿﻿ or swede, leek and potato gratin.

Moreover, we still have 3 amazing recipes of swede for you to apply to your daily diet. Here is a look at more fun ways to eat swede. 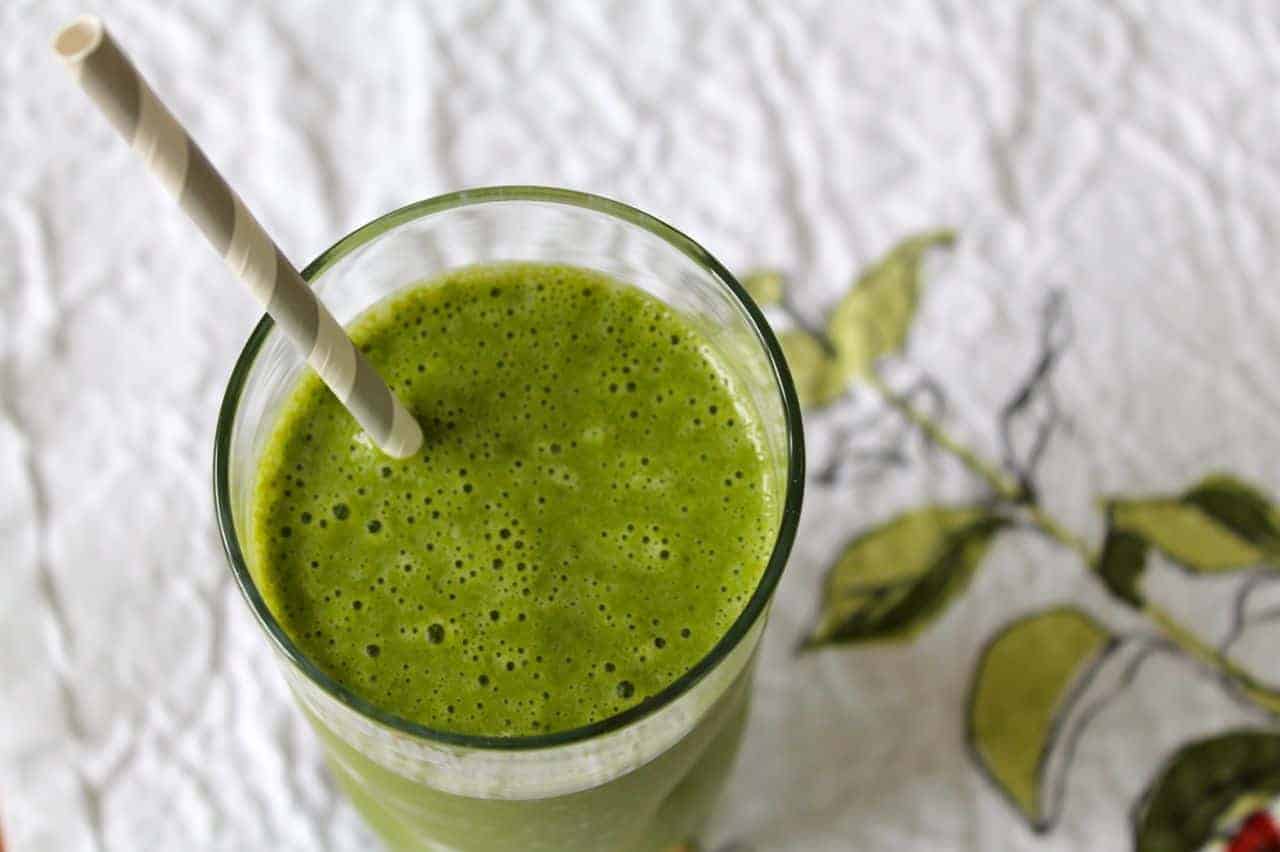 Swede greens can be used as an ingredient in your favorite green smoothie recipe. However, swede greens are not as mild tasting as kale or spinach, so use them sparingly.

If you have a good smoothie recipe that uses cabbage and ginger, this is an excellent place to add swede greens.

Blend together and enjoy! 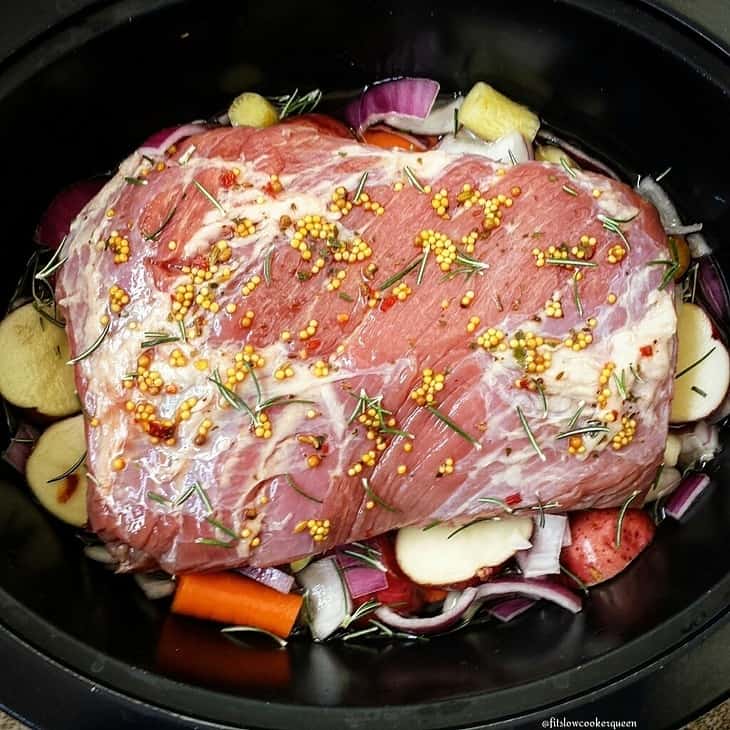 This alternative to corned beef and cabbage is a fun change to the typical recipe. It is easy to prepare before you leave for work and school, letting you come home to a mouthwatering dinner.

If you can't afford corned beef, you can make your own version by follow this recipe.​

This is a no-liquid recipe. The liquid that comes out of the meat and vegetables naturally serves to cook them well without over-softening them or boiling the meat.

Heat your slow cooker to low, and layer the food in this order: 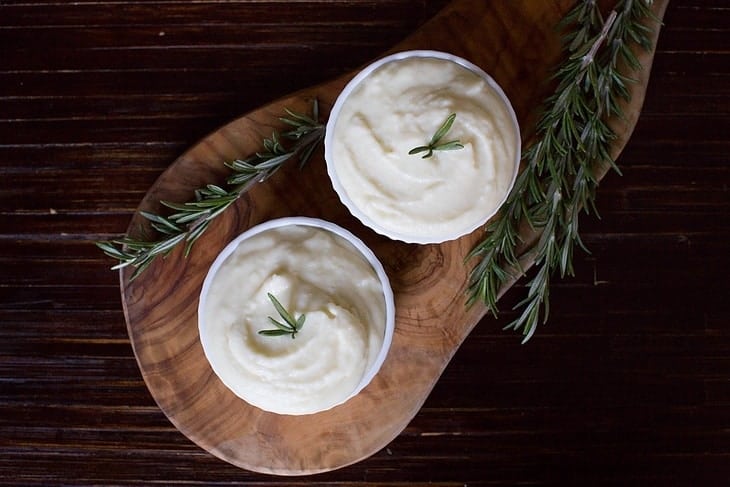 The flavors imparted by roasting then pureeing the swede are much more complex than the boiled version of mash. It is an excellent bed on which to serve your favorite protein.

Pork chops, fish, beef and chicken breasts are all excellent pairings with this mash. 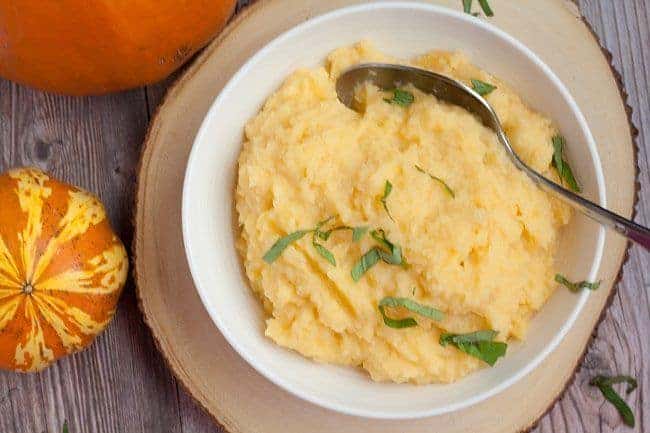 As you add swede to your menu, you might find that the peppery flavor is a little off-putting to your family members who are more used to the blander potato. If you really want to make swede a regular part of your family's menu, then it takes repeat attempts.

It takes around 7 tastings for a flavor to become normal and for your body to begin to crave it. Keep asking your family to take a taste, and after a while, it will become the norm, and you will be enjoying swede victory on a plate.

Do you have a favorite swede recipe or a question about swede? Leave it in the comments below!