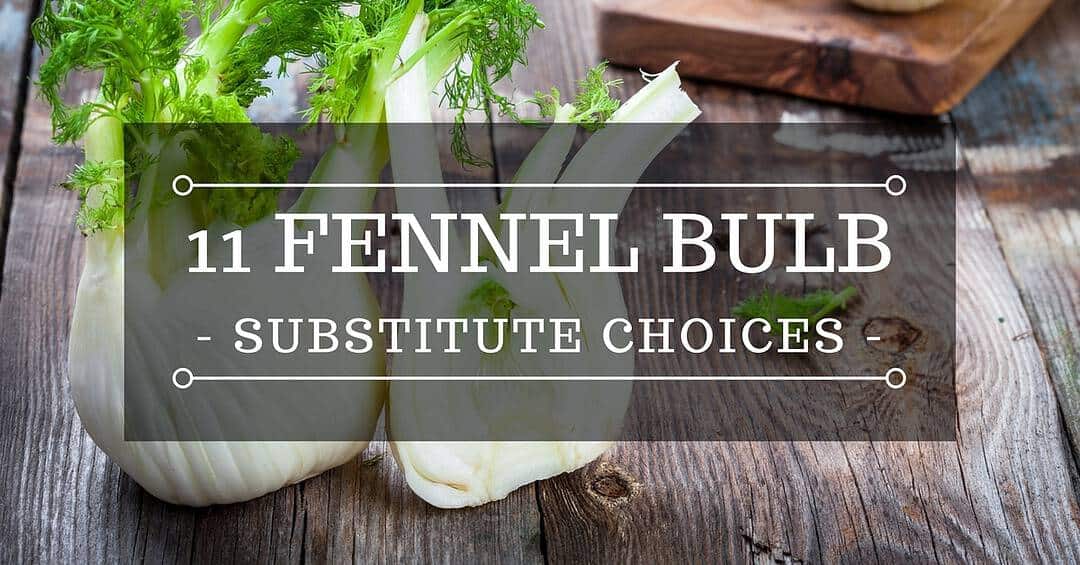 11 Fennel Bulb Substitute Choices That Will Surprise You

Fennel bulb has that unique flavor that you either love or hate. If you’re like me who leans towards a great dislike for its taste, then you’re reading the right article.

After a lot of research, I might have found the best choices that you can use as a good fennel bulb substitute.When consumed raw, fennel bulb has a mild licorice flavor and a crispy texture.

When cooked, it has a more mellow taste and a softer texture. This vegetable is commonly used in Italian cookery and can be used in salads, soups, and stews.

The results of my research have given me 11 possible substitutes of fennel bulb. Know each one of them by reading below.

1. Dill for that feathery distinct flavor

The leaves of dill are almost similar to fennel. However, its flavor is quite unique. It is known to have a mild and warm flavor, unlike fennel which has a stronger anise flavor.

The aroma of dill has that same faint aroma of an anise seed. You can cook this wonderfully with seafood, eggs, and carrots. If you’re planning to grow your own dill at home, plant it close to trees.

If you already have dill in your garden, you can harvest your dill and use it in place of fennel. Using dill in your recipes will not only give you that great flavor but several health benefits , as well.

Such health benefits may include: relief from menstrual cramps, reduction of cholesterol, and aids in digestion.

2. Celery for that extra crunch 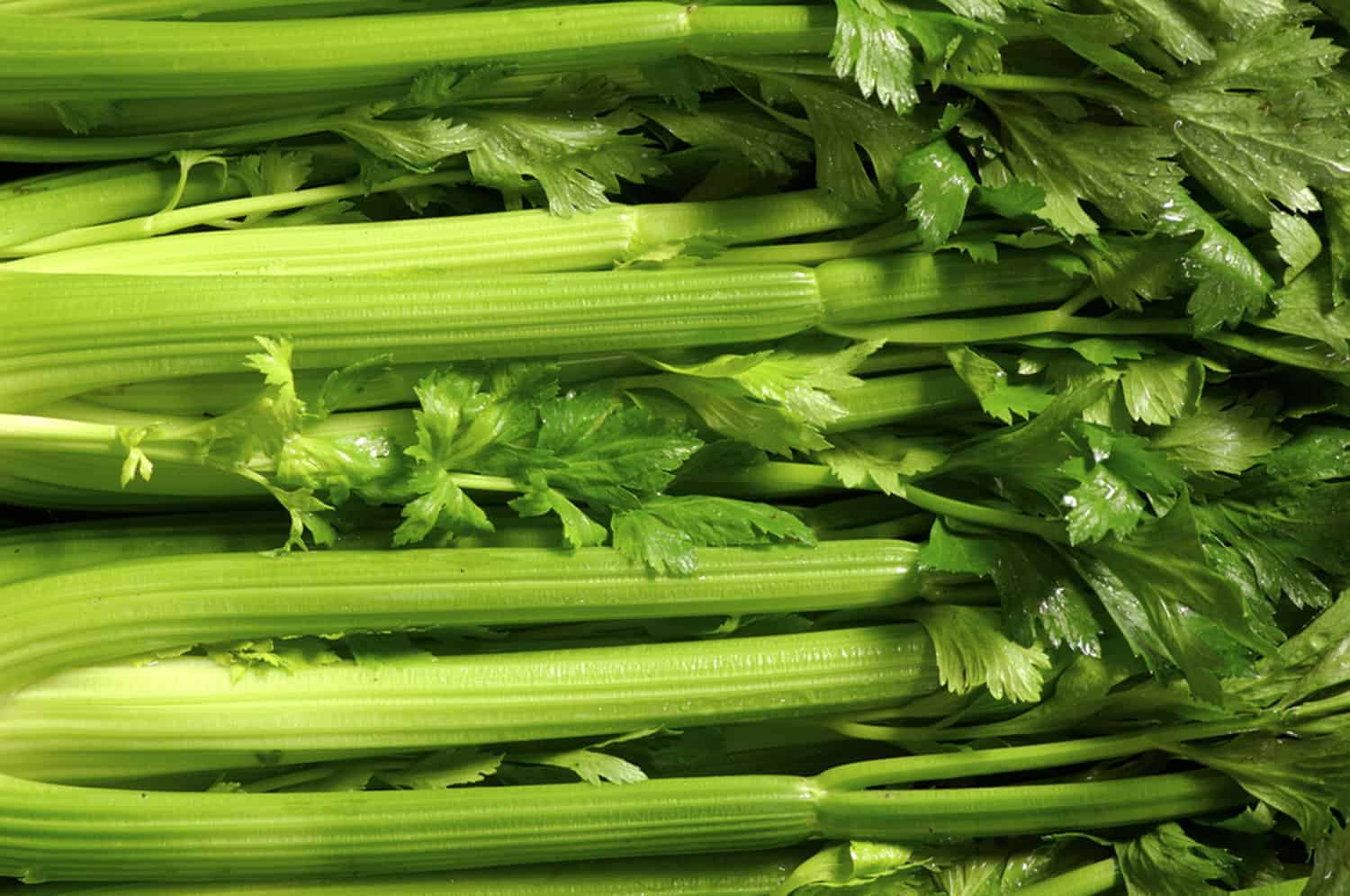 Celery can be a great fennel bulb substitute because of its almost similar texture and structure. If you don’t like the anise flavor of fennel bulb, then celery might be your best choice.

Many agreed that this could be the most accessible fennel bulb substitute in the market. You can use substitute fennel bulb with celery in tuna or egg salads. You can also enjoy the crunchy texture of celery in vegetable stir fries.

Your pot roast and vegetable soup can also be enhanced with the aromatic flavor of celery. The best way to retain the nutrients of celery is to steam it rather than blanching it in boiling water.

3. Bok Choy for that additional bite 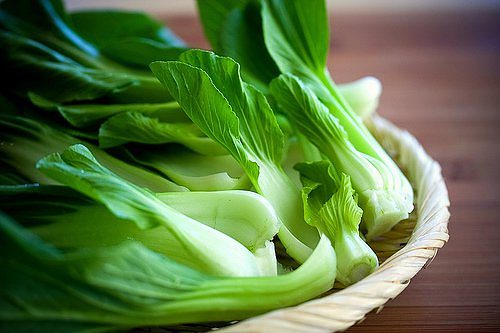 If you’re working with savory recipes, then bok choy is your best bet. Although this vegetable alternative has the same texture as fennel, it features a slightly stronger bite than fennel.

Bok choy, also known as white cabbage, is popular in Asian cooking. You might find that this vegetable resembles a celery in appearance.

Although it is originally grown in China, there are already plantations in California.This white cabbage is famous for its mild taste.

You can use this for several dishes like stir fries, braising, and soups. You may also eat it uncooked.

You might consider including this in your diet because it ranks the highest on the Aggregate Nutrient Density Index ANDI , which evaluates foods based on their antioxidant, vitamin, and mineral composition. 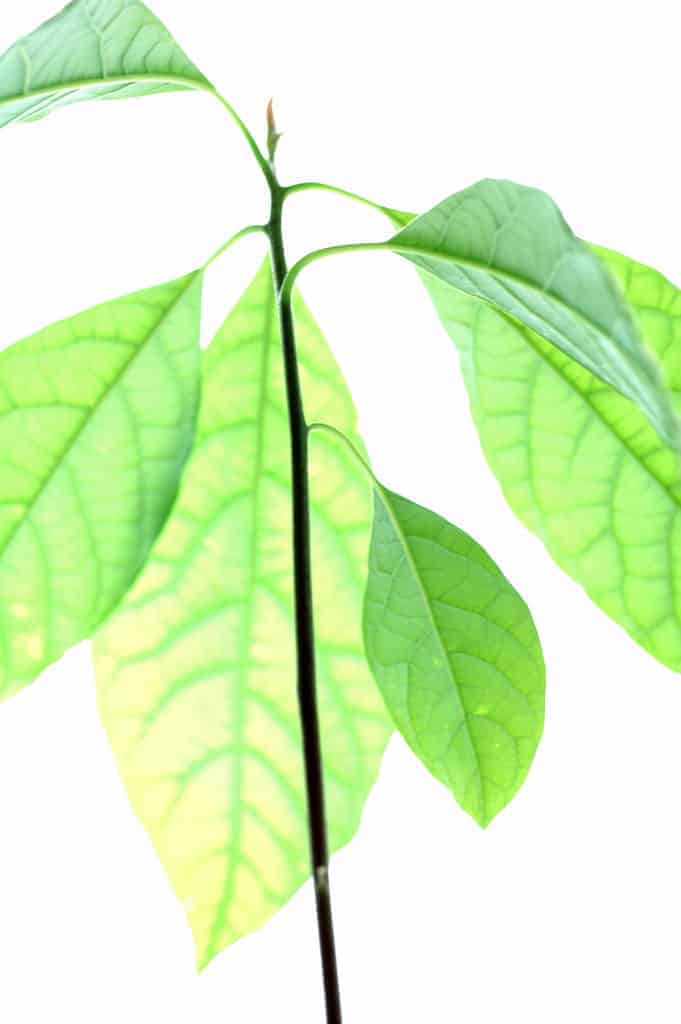 If you’re shorthanded of fennel leaves, then you may try using the Mexican variety of avocado leaves. Make sure they’re not sprayed with pesticides so that you’re not putting your health at risk. Most Mexican cuisine use these leaves in both its fresh and dried forms.

Usually, avocado leaves are toasted before use. You can do this by simply toasting the leaves on a hot griddle for about one minute on both sides.

You can add these toasted leaves towards the end of cooking. Interestingly, avocado leaves have that mild and slightly creamy flavor.

They also feature a very mild anise flavor, but not that strong as compared to fennel bulb. They are often used to season soups, broths, and grilled meats. 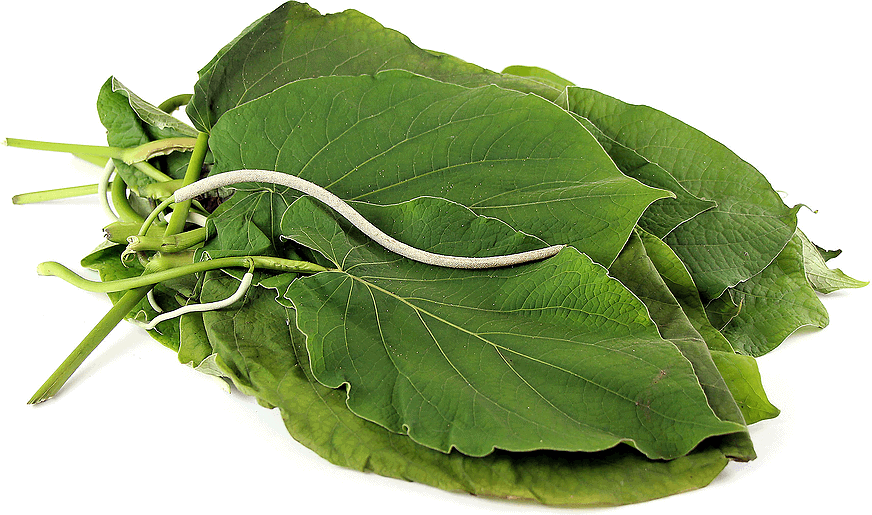 Hoja santa leaves resembles the anise flavor of fennel bulb leaves. If you like a more peppery taste, then these leaves might be your best choice. Just think about the taste of a sassafras root beer.

Just like Mexican avocado leaves, hoja santa is famous in Mexican culinary. You can generally find these leaves in the Mexican food section of grocery stores.

It is often used to wrap meats, fish, and tamale﻿﻿s. When chopped, you can add them to stews, soups, and scrambled eggs. It is even used to flavor chocolate beverages in Central Mexico.

This works well with other flavorful ingredients like ﻿g﻿arlic, cilantro, and lime.

6. Parsley for that fresh taste 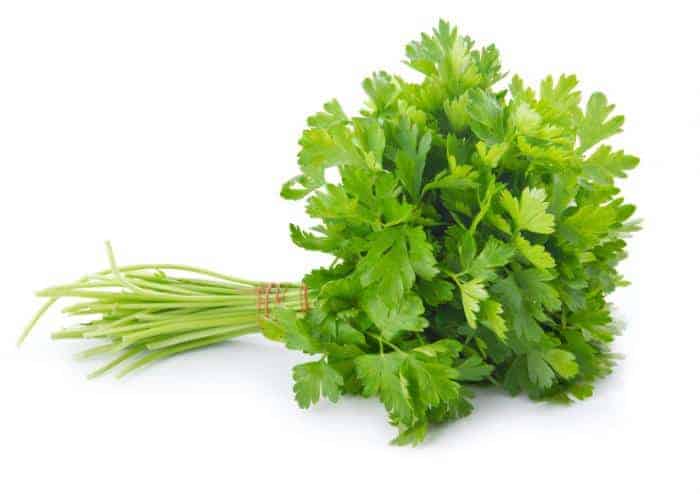 If you want a more accessible substitute for fennel bulb leaves, then parsley might be your best solution.

If you like its cooler flavor, then using this in your dishes will be just fine. You can tell that a parsley is fresh if it has a bright green color without signs of wilting. Parsley has two varieties – curly and flat lea﻿﻿﻿f.

Curly parsley has a darker color and milder taste than that of a flat leaf. Since curly parsley is difficult to clean due to its frilly leaves, many people choose the flat leaf over it.

You can prepare your parsley by washing and chopping the leaves. If you like to add a subtle taste to cooked dishes, chop the parsley into fine pieces. For salads, chop parsley coarsely to add a more flavorful effect.

7. Artichoke hearts for a hint of lemon 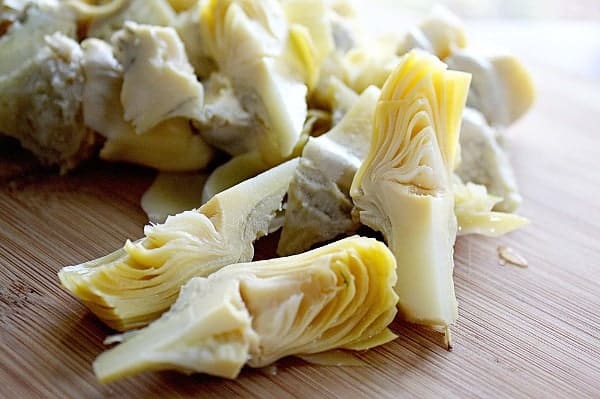 For those who want a subtle lemony taste, artichoke hearts just might win your hearts –literally. However, the spiny tips on the leaves of artichokes might be a hassle when preparing them so you will have to remove the artichoke hearts.

You can use artichokes for salads. You can also cook them by steam. The larger the artichoke, the longer time it needs to steam, roughly not more than 30-40 minutes.

The smaller artichokes may only need to be steamed for about 20 minutes.You can scoop the soft-textured flesh by scraping along the leaf.

You can eat the leaves by dipping it into a vinaigrette salad dressing. The fleshiest part lies at the heart of this wonderful green. 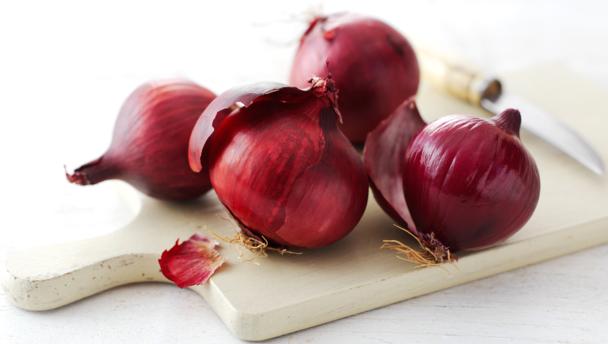 Another great alternative for fennel bulb is a mild onion. This is because it offers a sweet flavor when sautéed or grilled.

Red onions have the mildest taste among all the other onion varieties, like white and yellow onions.

Red onions are great substitutes for fennel bulbs in salads and sandwiches due to their sweet taste. Most people don’t usually use this onion variety in cooked dishes because it loses its flavor once cooked.

They’re best served raw. For cooked dishes, white onions may be preferred. They have that mild onion flavor that is very popular in Mexican dishes.

They can also be used in salads and sauces. They give that sweet flavor when sautéed.

9. Pernod (liqueur) for that zesty flavor 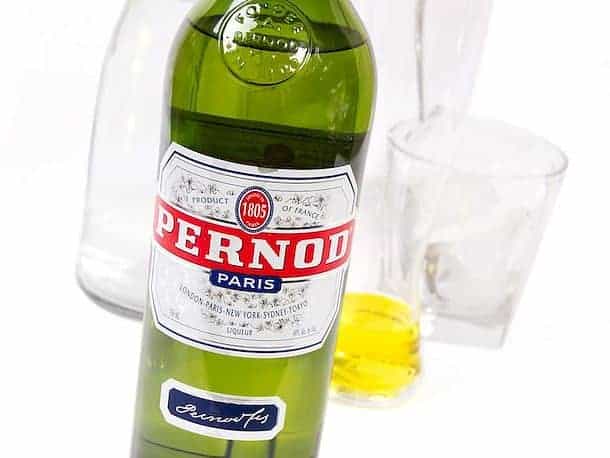 You might wonder why Pernod liqueur could substitute fennel. The fact is Pernod contains a hint of licorice and anise flavor, which is stronger than fennel bulb. It complements seafood dishes very well.

It is known to improve the taste of vegetables and offer a perfect mix of sweetness and seasoning to desserts. For best results, you can add Pernod at the end of the cooking process.

10. Escarole Endive for that crispy texture

If you like to substitute the crispy texture of fennel bulb, then endive might be a great relief. It has that sweet, nutty flavor with a hint of bitter tang. The

Escarole variety has a mild flavor and crunchy texture, which goes well with salads. Escarole is famous in Italian cuisine, most especially in soups.

It can be served fresh in salads or it can be sautéed as an addition to any soup. Its mild flavor goes well with anchovies, pancetta, and eggs.

11. Leeks for that distinct taste 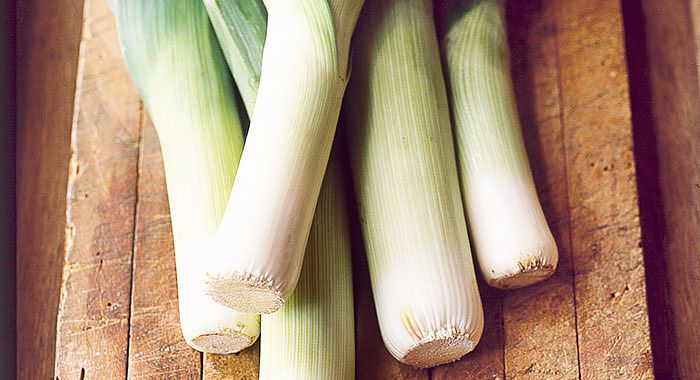 Leeks may give that harsh flavor when eaten raw, but it has that sweet flavor when cooked. You can use leeks for soups, casseroles, and pies. In choosing for the best leeks, check the white lower parts and see if they’re hard and unblemished.

The leaves have to be bright green with a crunchy texture. One of the biggest issues with leeks is its preparation process. Sometimes, washing them can be quite difficult due to the dirt that is trapped between the leaves.

Making this list was very important because I just have a strong aversion to fennel bulb. Searching for more than one fennel bulb substitute was quite convenient for my cooking activities.

Have you decided which among the 11 choices favors are to your liking? Share them in the comments section below.

If you can suggest anything that is not found in this list, feel free to do so. You may also share this post with your friends and family, or you can learn more at 9 Substitutes For Fennel Seeds.